Route 11: In the Soła Valley

Easy route, ideal for a family trip. From the Oświęcim railway station, we move along Dworcowa Street, after 1 km we enter the green bike trail and turn left into Polna Street. We cross road No 44 next to the stadium, cross the footbridge over the Soła River and go to the centre. We go around the castle, pass the market square, the church and, following the main road (Dąbrowskiego Street), we are going east. We change to the red trail and turn right into the park alley before reaching the gas station. We go past the ice hall to the roundabout and continue straight by road No 44. When approaching the ponds, before the curve of the road, we turn left to Poręba Wielka. There, on the right, we see a wooden church, and a little further on the left – the Bobrowski palace. The yellow bike trail takes us to Polanka Wielka, where we can visit another wooden church and palace. We continue along 1.5 km by road No 949 and, after the commune office, we enter the black bike trail turning into Pasternik Street. It shall lead us to the hamlet Granica Osiecka. Here we leave the trail when the road curves to the left, to take a dirt path along the forest. When passing by the buildings slightly to the right, then straight to the road No 949. Then along the black trail to Łazy, where we turn left to head at Grojec. In Grojec we pass in turn: a wooden church, the Radziwiłł Palace, and after the village a private open-air beekeeping museum. After 2 km we can visit the Rudziński Palace in Osiek Dolny. We cross road No 949 and cycle straight along the ponds. At the intersection, we turn right, cross road No 948 and pass Bielany. After the bridge over the Soła River, we follow the red bike trail to the right and continue along a dirt road along the river to reach Zasole. We return to Oświęcim along the asphalt road through Skidzyn, Wilczkowice and near the palace in Rajsko. At the roundabout, we turn left, then after 800 m we get onto the green trail on the right and after a while reach the entrance to the former Auschwitz-Birkenau camp. Behind the fence, we turn left and follow Leszczyńska Street to get back to the train station.

1. Piast Castle in Oświęcim – erected at the turn of the 13th and 14th century, former seat of the Oświęcim dukes. The oldest part of the castle is a brick tower from the second half of the 13th century.
2. Monastery church of the Dominicans in Oświęcim – founded in the first half of the 14th century, later rebuilt several times.
3. Wooden church in Poręba Wielka – dating from the 16th century, late Gothic, log structure. Preserved late-Gothic portals and polychromies from the Young Poland period.
4. Wooden church in Polanka Wielka from the second half of the 16th century. The tower of the temple dates back to 1644.
5. Palace in Polanka Wielka from the first half of the 17th century. The most beautifully maintained palace in the Oświęcim region.
6. Wooden church in Grojec – erected in 1767, rebuilt several times. Its equipment comes from the turn of the 17th and 18th century.
7. Rudziński Palace in Osiek – built in the 18th century in the classicistic style. As a result of the reconstruction in 1840, it was given the current oriental appearance.
8. Palace in Rajsko – from the mid-18th century, rebuilt in the neo-Gothic style in the next centenary. Currently, it houses the Non-Public Health Care Centre. It can be visited from the outside.
9. Memorial and Auschwitz-Birkenau Museum. Former German Nazi concentration and extermination camp in Oświęcim – the largest extermination camp of World War II. Created by German Nazis in the middle of 1940 as a place of extermination for about one and a half million people from 28 countries, including almost 1 million Jews. In 1947, the State Museum was established here, and the area was recognized as a Monument to the Martyrdom of the Polish People and other Peoples. Information: www.auschwitz.org. 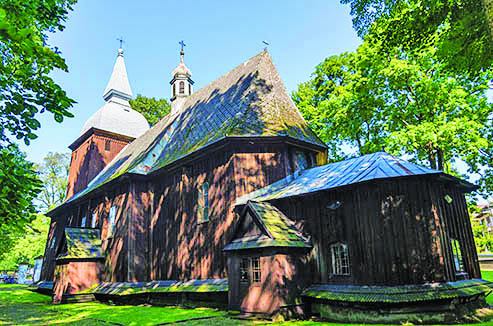 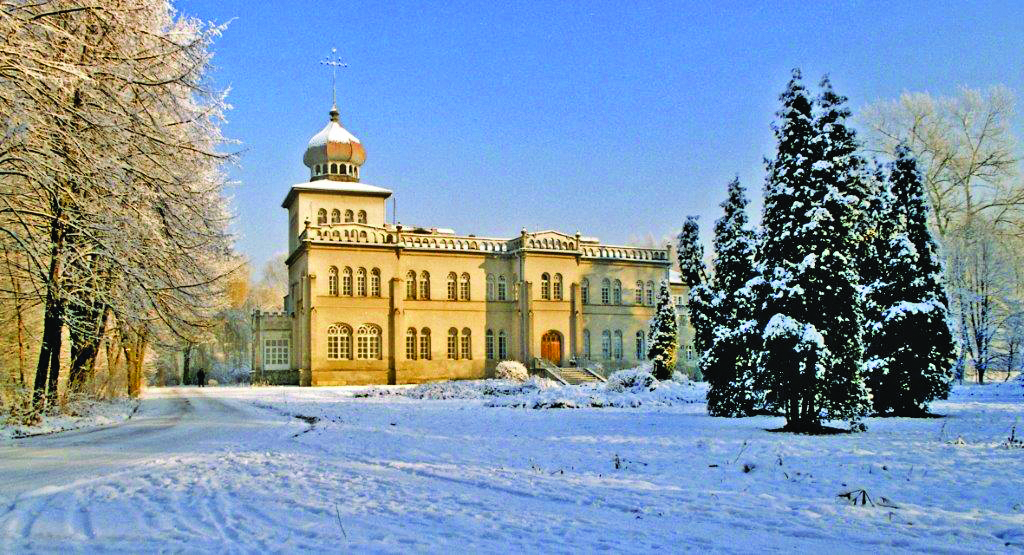 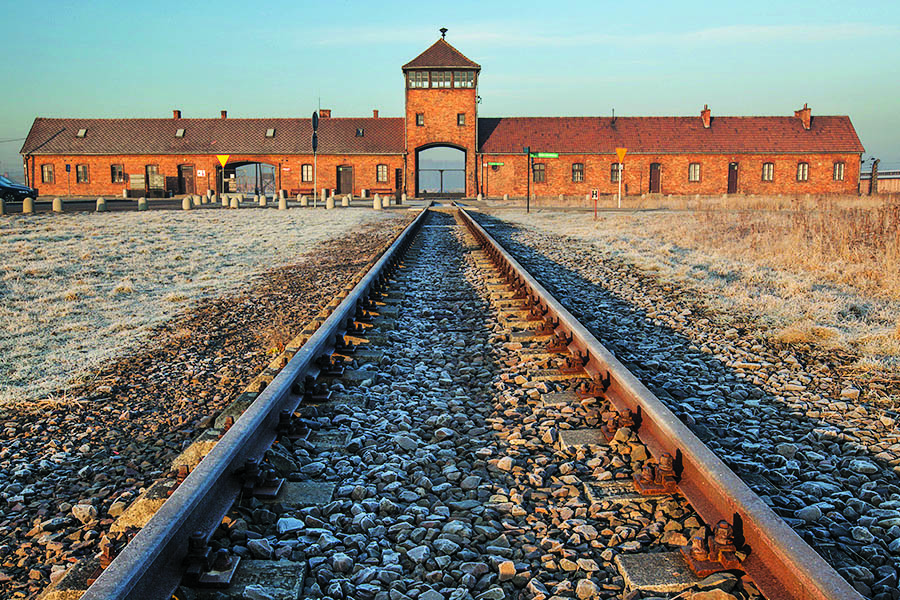