Route 49: From Muszyna along the Beskid borderland

The route mostly leads along the Carpathian Bicycle Trail (red), first through the Poprad Valley, then through charming, quiet villages with beautiful Lemko Orthodox churches. The trip begins in Muszyna, a modern health resort and town with a rich tradition, offering several monuments worth seeing. From the market square we go south along Piłsudskiego Street, we pass the railroad crossing and cycle over 8 km along the Poprad Valley following the red bike trail towards Leluchów. At the intersection before the former border crossing, we leave the Poprad Valley and turn left. We the approach a few kilometres of mountain valleys leading through towns where we can admire the remains of the former inhabitants of these lands in the form of wooden Lemko Orthodox churches. We pass the first one in Leluchów, the next one in Dubno, just after the turn, on the right. The asphalt road ends in Dubno. We stay on the red bike trail, climb a small steep and then descend to Wojkowa, where there is another Orthodox church, slightly higher, on the left. After Wojkowa we get to the main road, turn left and after less than 3 km, driving along the Muszynka Stream, we reach the Orthodox church in Powroźnik, which is inscribed on the UNESCO World Heritage List. Following the side streets of Powroźnik, along the blue bike trail, we get to the provincial road, where we turn left, and then after 1200 m we cross Muszynka the other side. By turning left, along the river, we can return to Muszyna earlier. Choosing the straight direction, we get to Jastrzębik, where we can visit another wooden Orthodox church. At the bifurcation of the roads, we turn left to the village of Złockie. To see the last former wooden Orthodox church on this route, we must leave the main road. The last kilometres to Muszyna is a pleasant descent. We reach the provincial road, turn left and, following the red bike trail, enter the centre of the town.

1. The health resort in Muszyna – founded in 1930 and reactivated in 1958. The most favourable factors conducive to treatment in this town include: healthy mountain climate, clean air, picturesque landscape and above all abundant sources of various types of sorrel, rich in trace lithium elements and selenium.
2. A complex of one-story wooden houses at Kościelna Street in Muszyna – dating back to the 19th and 20th century, facing the road with gables, with interesting semi-circular gates.
3. The church in Muszyna – built in 1676–79. The church interior is decorated mainly in a Baroque style. It is worth paying attention to the Gothic sculptures of three saints from the second half of the 15th century.
4. Ruins of the episcopal castle from 1300 in Muszyna – the former seat of extensive goods belonging to the Kraków bishopric, known as the Muszyna lands. Abandoned in the 17th century, it fell into ruin. This process was further accelerated by Muszyna being invaded by the troops of the Transylvanian prince Rákóczi in 1657.
5. Wooden Orthodox church in Leluchów – probably from 1861. Represents the type of West Lemko Orthodox church. Inside we can admire a rococo-classicistic iconostasis from the 19th century.
6. Wooden Orthodox church in Dubne – built in 1863 in the West Lemko style. Interior design from the 19th century and younger.
7. Wooden Orthodox church in Wojkowa – built in 1790. Inside, there is a beautiful Baroque iconostasis, almost complete, only the tsarist and deacon gates are missing.
8. Wooden Orthodox church in Powroźnik – built in 1600 in the West Lemko style. It is the oldest wooden Orthodox church in the Polish Carpathians. The presbytery has a valuable polychromy from 1607 and an incomplete iconostasis from 1744. The building is inscribed on the UNESCO World Heritage List.
9. Wooden church in Jastrzębik – founded in the early twentieth century has an unusual, elongated women's gallery, to which a tower was added. Inside, we can find a noteworthy iconostasis from the 18th century.
10. Wooden Orthodox church in Złockie – built in 1867–72 on a cross plan. It has an unusual architecture: next to the women's gallery there is a high tower with a pillar structure, while the nave is crowned with a large dome. 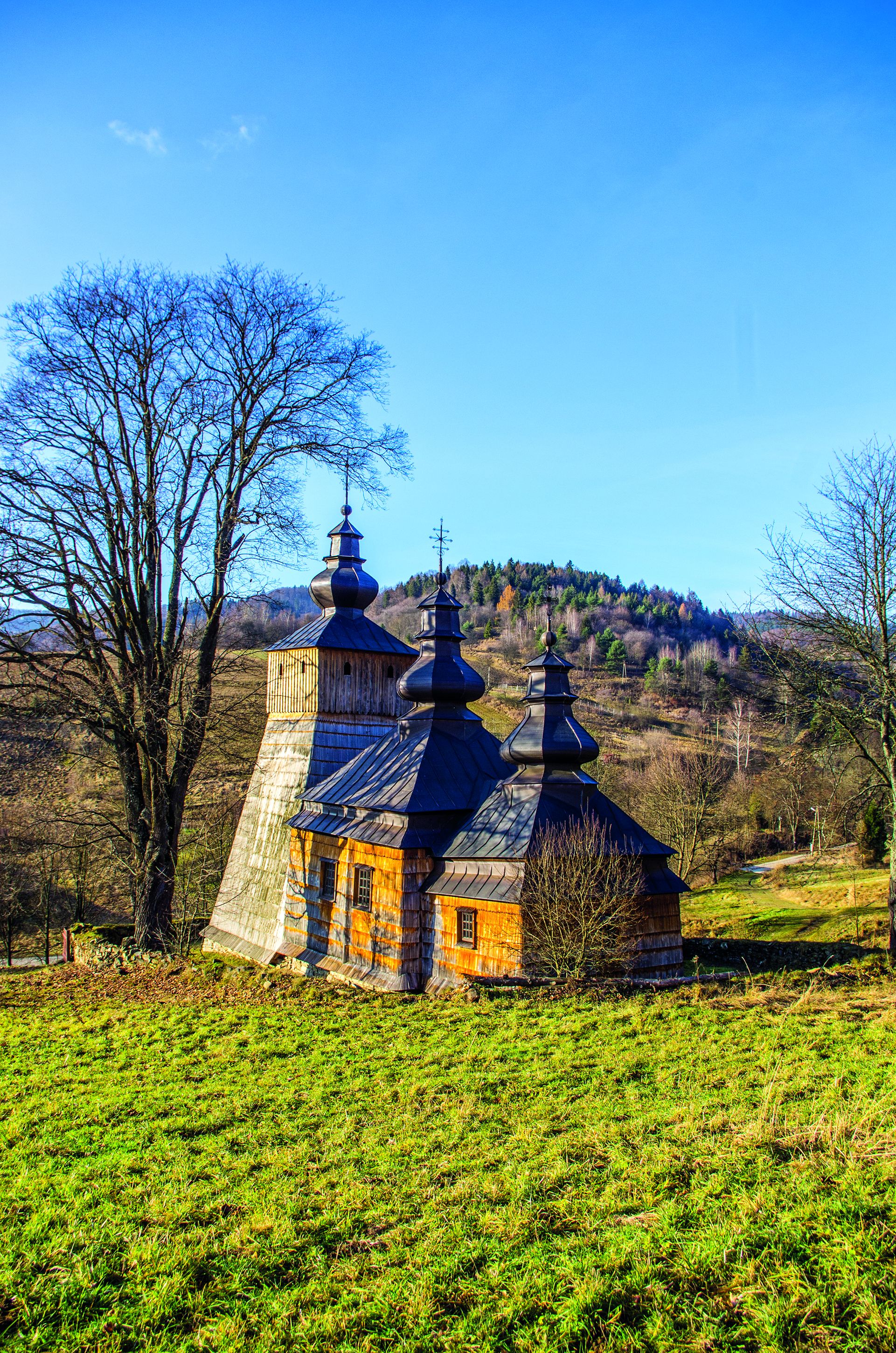 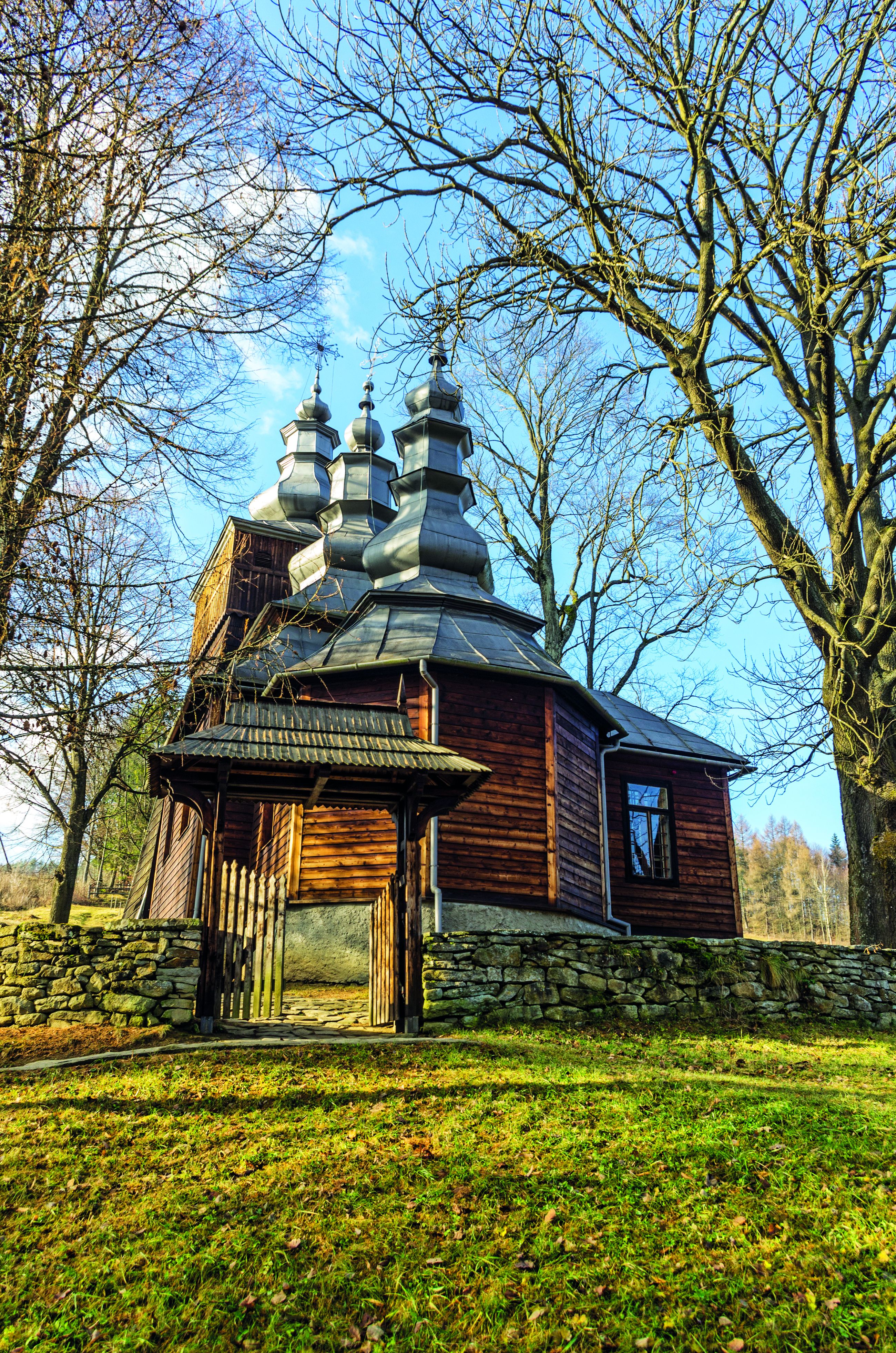 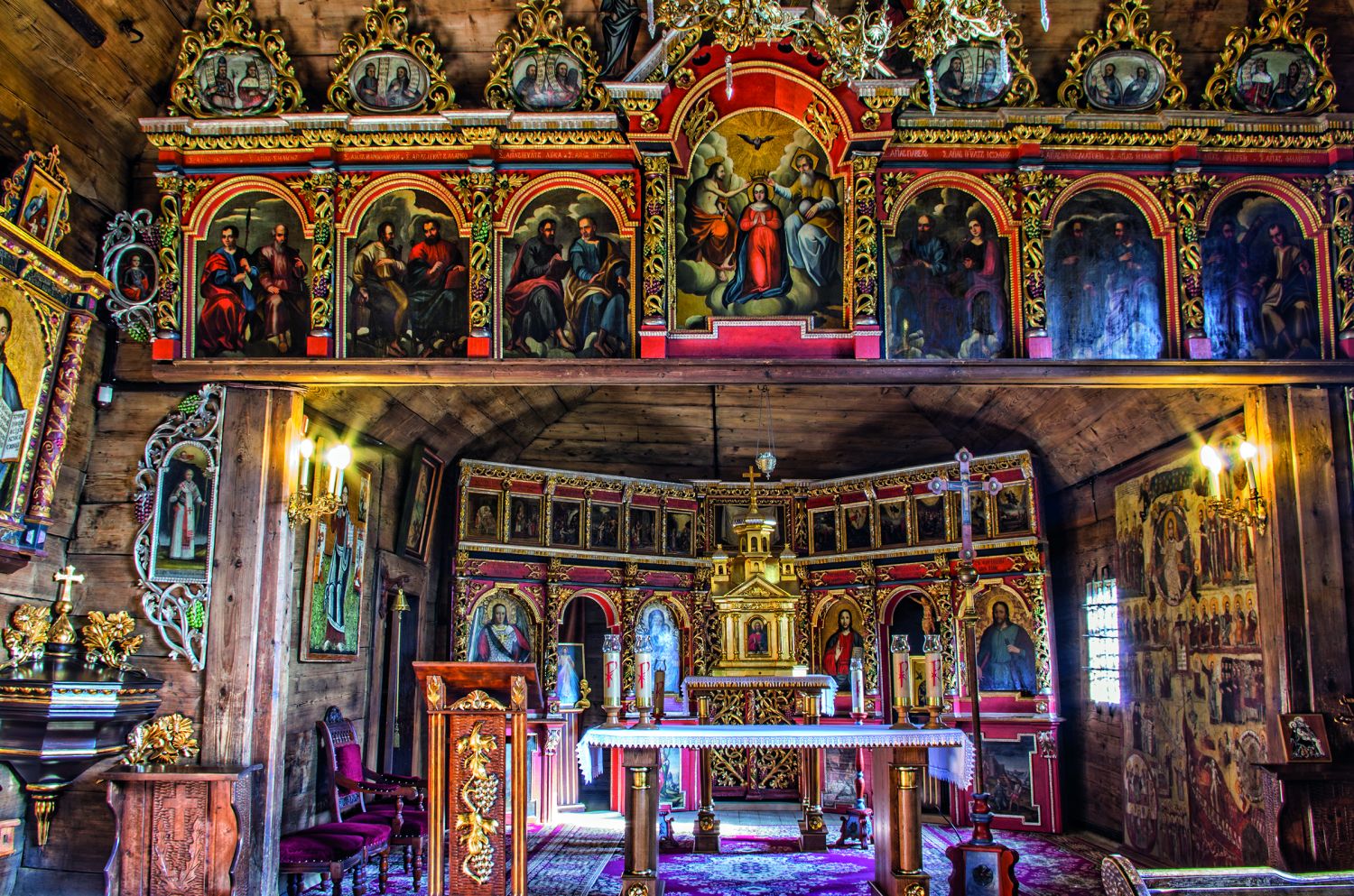 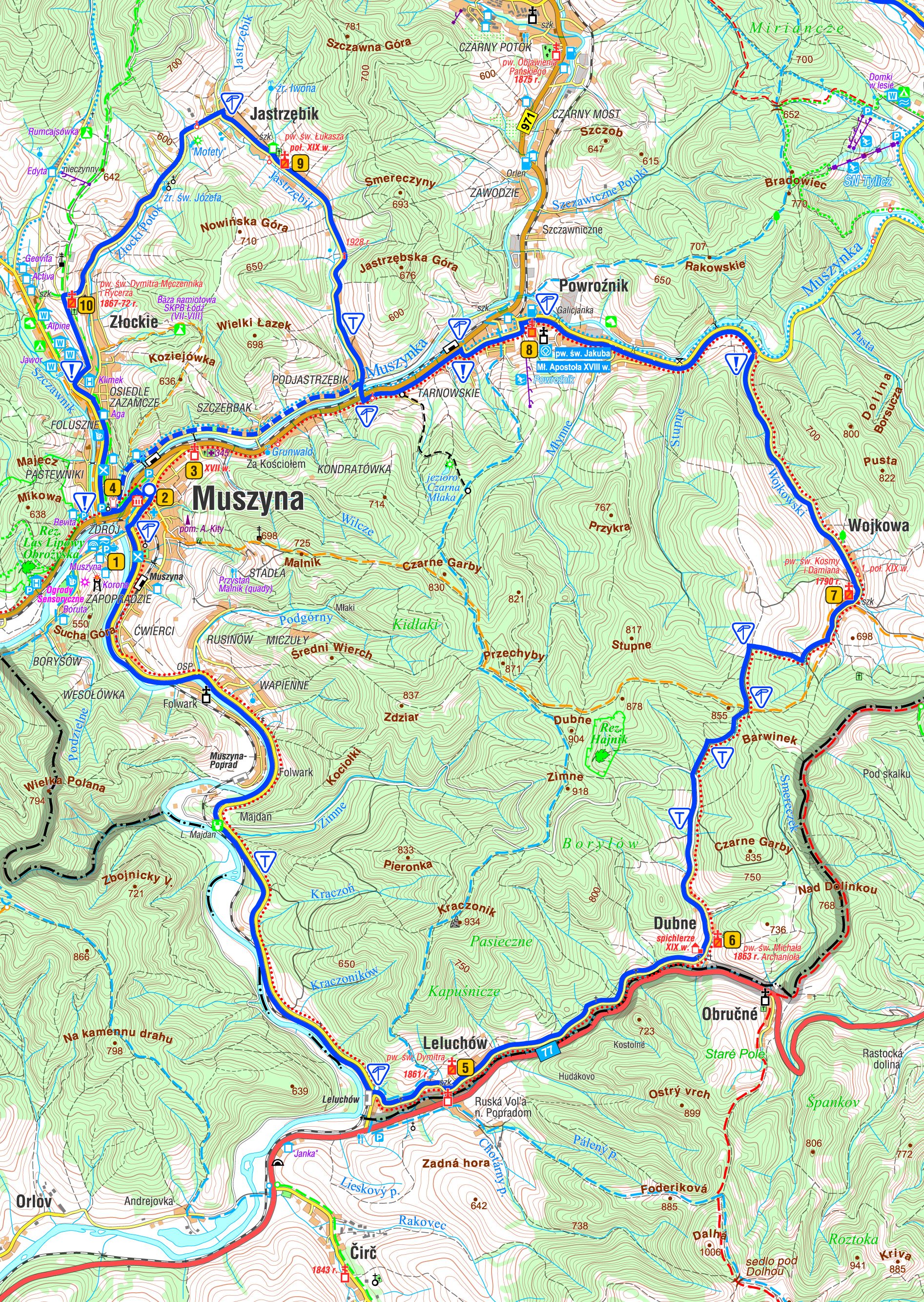