Route 46: From a small health resort to the great Wierchomla

The starting point of this trip will be Żegiestów-Zdrój – a small, almost intimate health resort, which is worth visiting. We will go through the picturesque Poprad Valley and climb to visit the shepherd's hut "Nad Wierchomlą", where the beautiful views simply take one's breath away. We set off from a tiny car park above the Żegiestów-Zdrój railway station, follow the main road – which is at the same time the red bike trail – along the Poprad River to Andrzejówka. Here, we turn into a side street for a moment to visit a wooden Orthodox church. We return to the main road and after about 2.5 km we turn left at the Milik railway station to get to the centre of the village, where we pass by another temple – a wooden church in a former Orthodox church. The further route runs on asphalt road to the end of the buildings, then on a dirt road to Szczawnik, where on the main road, in front of tourist information boards, we turn right to the Orthodox church. (If we would like to shorten the route, we should go to the left diagonally, before reaching the turn to Szczawnik.) Next to the temple we can drink mineral water from the source "Behind the Orthodx church". We then follow the blue bike trail and go up the Szczawnik Valley. Passing the ski lift on the left, we enter the forest and start an over a 5-kilometer climb. It will be hard, but it is definitely worth it, because there are great views waiting for us and a moment of rest in the PTTK (Polish Tourist and Sightseeing Society) shepherd's hut "Nad Wierchomlą". The further path is a 4.5 km downhill relaxing ride without pedalling, along a gravel road following the green bike trail (watch out for stones and a few sharp turns) to the junction in Wierchomla Wielka and then along the asphalt road to the wooden Orthodox church. The next part of the route is a pleasant descent down the Wierchomlanka Valley to the main road, where we turn left to once again ride along Poprad. In Zubrzyk, we cycle up (and partly also climb by foot) to the only stone Orthodox church on this route, and after returning to the main road we cover the last 7 km of the trip.

1. Wooden church in Andrzejówka – built in the second half of the 19th century. The building is divided into three parts and covered with shingles from the outside. Inside there is a polychromy and an iconostasis from the 19th century.
2. Wooden Orthodox church in Milik – dates back to 1813. Three-part temple in the West Lemko style. From 1947, it is used as a Catholic church. Inside there is a rococo-classicistic iconostasis and two interesting icons: a Pieta from the 18th century made in a folk convention and Mourning of Christ from about 1700.
3. Wooden church in Szczawnik – built in 1841 in the West Lemko style, currently used as a Catholic church. A complete iconostasis from the 18th century between the nave and the presbytery has been preserved. In the presbytery there is a collection of icons having the character of a museum exhibition.
4. Bacówka nad Wierchomlą – a year-round, cosy, small PTTK (Polish Tourist and Sightseeing Society) hostel, built in the late 1970s. The construction of this facility, like in the case of a few other "shepherd huts", was initiated by Edward Moskała – a renowned populariser of qualified tourism in the Beskids.
5. Wooden Orthodox church in Wierchomla – erected in 1821. The building consists of a presbytery and a nave. Inside, there is an iconostasis from the 19th century. From 1947, the building is used as a Catholic church.
6. Orthodox church in Zubrzyk – built of stone in 1920. Contemporary interior design. Currently, the building is used as a Catholic church. 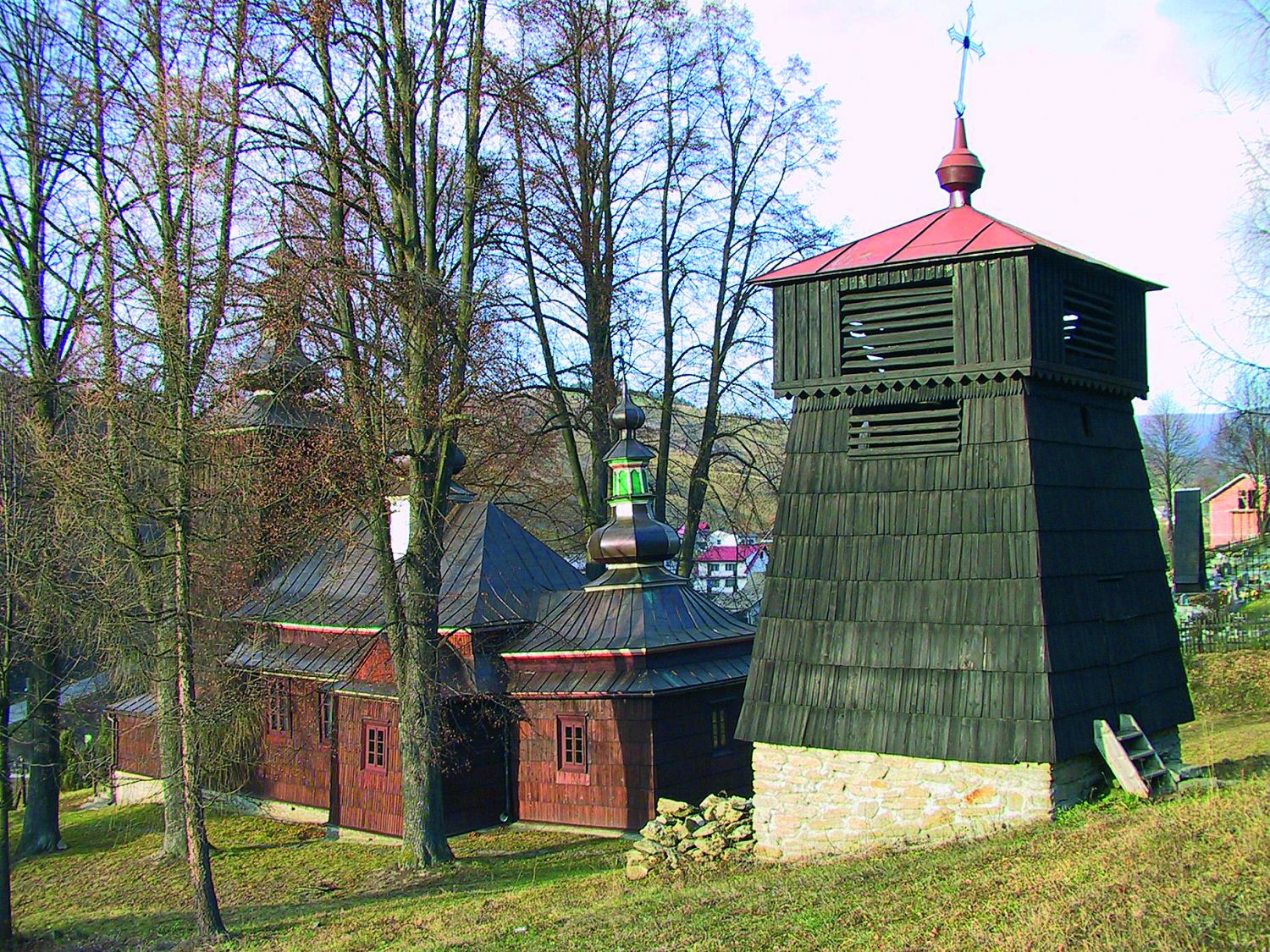 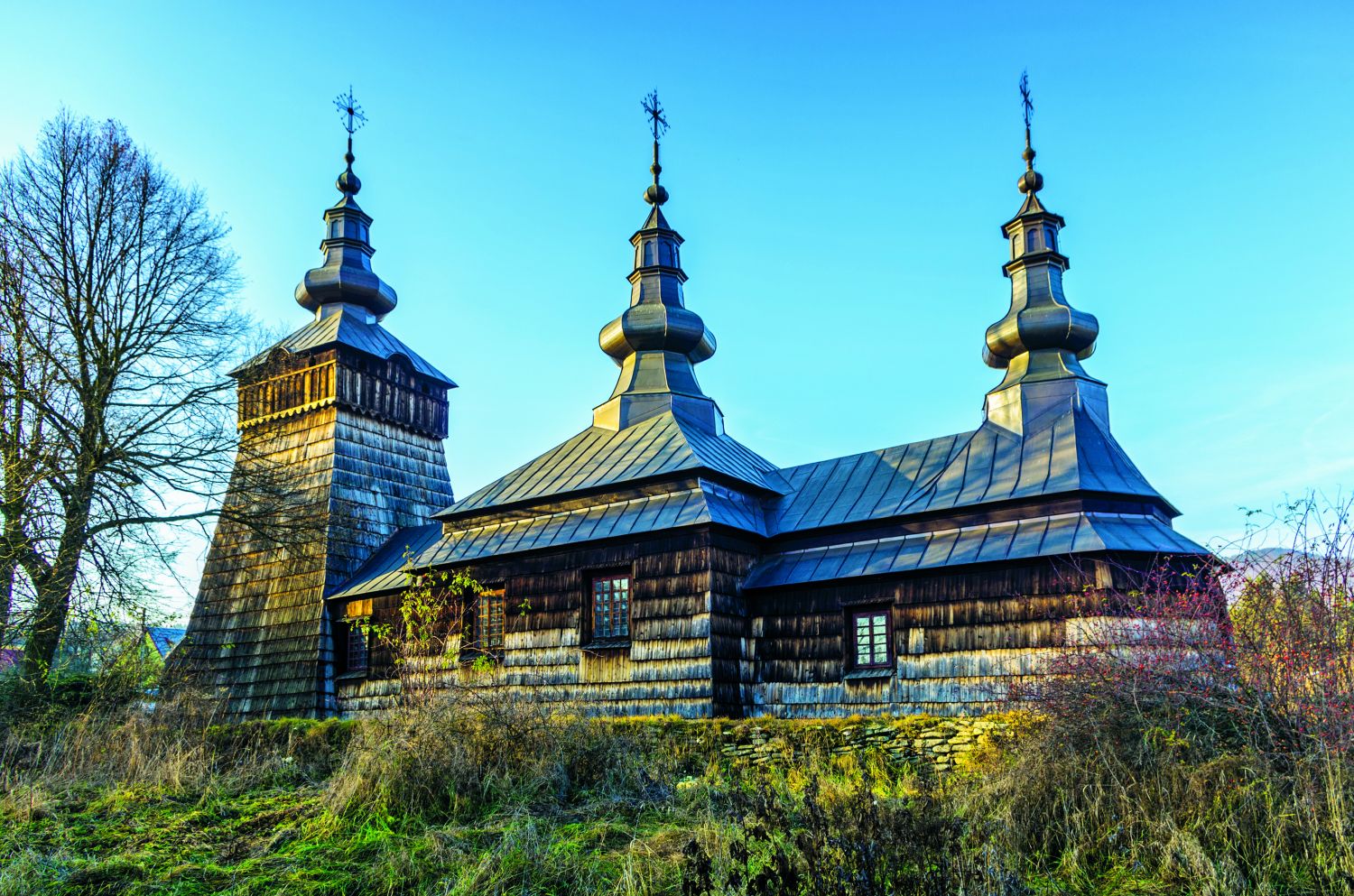 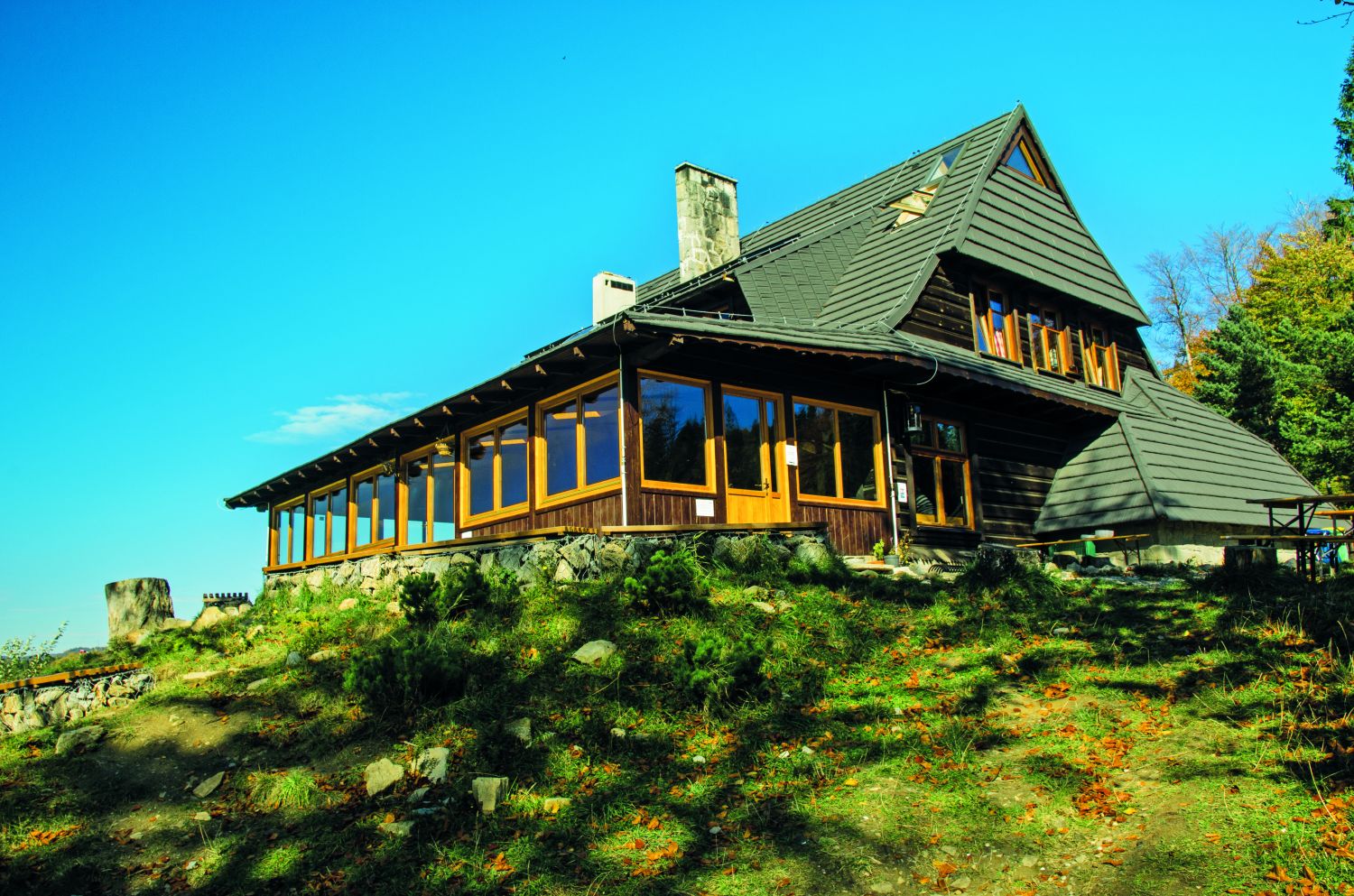