Fairly easy route, mostly among cultivated fields, with a few not too difficult climbs. If the route seems too long, we can choose the shorter option. The trip begins in Słomniki on the market square, next to the neo-Gothic church. We cross the national road No 7 and we take Poniatowskiego Street to reach the cemetery. We go through Wierzbice to Łętkowice. After 500 m, we turn left to Dodów and take a road along the fields which is alternately ascending and descending. We turn right by the roadside cross (if we would like to shorten our route, we go straight ahead, then turn left in Zielenice). We "climb" to the upper area and start the long descent to Przemęczany. At the intersection near the manor we turn left and we reach Janowiczki through Wrocimowice. It is worth visiting the local manor and the Racławice historic complex with the magnificent monument of Bartosz Głowacki. We go further north and in the centre of Racławice we pass by the church. At the intersection, we take road No 783, turn left and after 300 m turn left again towards Marchocice. We cross the intersection, turn left at the bifurcation and reach the forest. We take the first path to the right, overcome a short steep climb and turn right at the bifurcation. After a while, we turn right again and go down through the cut forest to the gravel road by the "Sterczów-Ścianka" Forest Reserve. We go along the gravel road, turn left behind the barrier and reach the first buildings of Nasiechowice. Having turned left (beautiful panorama), we go down to the intersection in Nasiechowice, where we turn right. After 600 m we turn left, enter the forest and after a climb we reach Muniakowice. Here, at the intersection, we turn right, pass a forester's lodge and a chapel, turn left and descend to Prandocin, where we can admire the biggest attraction on this route – the Roman church from 1126. We pass the arm to the right and follow the asphalt road, going to the left. We take the first turning to the right, which leads us to Poniatowskiego Street. Returning by the same road on which the route has started, we end the trip on the market square in Słomniki.

ATTRACTIONS ON THE ROUTE:
1. Church in Słomniki – neo-Gothic, erected at the market square in 1888-93. The 16th century Gothic monuments: crucifix in the main altar and the picture of the Holy Family come from previous wooden temples.
2. Manor in Janowiczki – built in the Classicistic style in the 19th century. Houses permanent exhibition "Uprising 1794".
3. Kościuszko Mound in Racławice – erected on the nearby Zamczysko hill to commemorate the victorious battle with the Russians of 4 April 4 1794 won by insurgents of the Kościuszko Uprising. Thanks to this victory, Poles have gained faith in the successful outcome of the war. Near the mound there is a magnificent monument to the hero of the battle of Racławice – Bartosz Głowacki.
4. Five Limes at the top of Zamczysko in Racławice – planted in honour of five generals fighting in the Kosciuszko Uprising: Kościuszko, Madaliński, Małachowski, Zajączka and Wodzicki.
5. The church in Racławice – built in 1778 in the late Baroque style. Inside there is a statue of St Stephen and the picture of "Holy conversation", both from the 16th century. According to legend, Tadeusz Kościuszko prayed in the church just before the battle. Next to it there is a wooden belfry from the 18th century.
6. The "Sterczów–Ścianka" Nature Reserve – a floristic reserve located on a steep slope. Among the vegetation there are patches of steppe grasslands, including Lady’s Slipper being under strict species protection. Special area of habitat protection under the European Nature 2000 network.
7. Church in Prandocin – one of the greatest pieces of Romanesque architecture in Poland. Funded by the Cistercians in 1126, it has a defensive character, which can be evidenced by: shooting holes in the walls of the tower, small window openings placed high and dungeons serving as a place of refuge during the siege. The interior decoration comes for further periods, including Baroque and rococo. 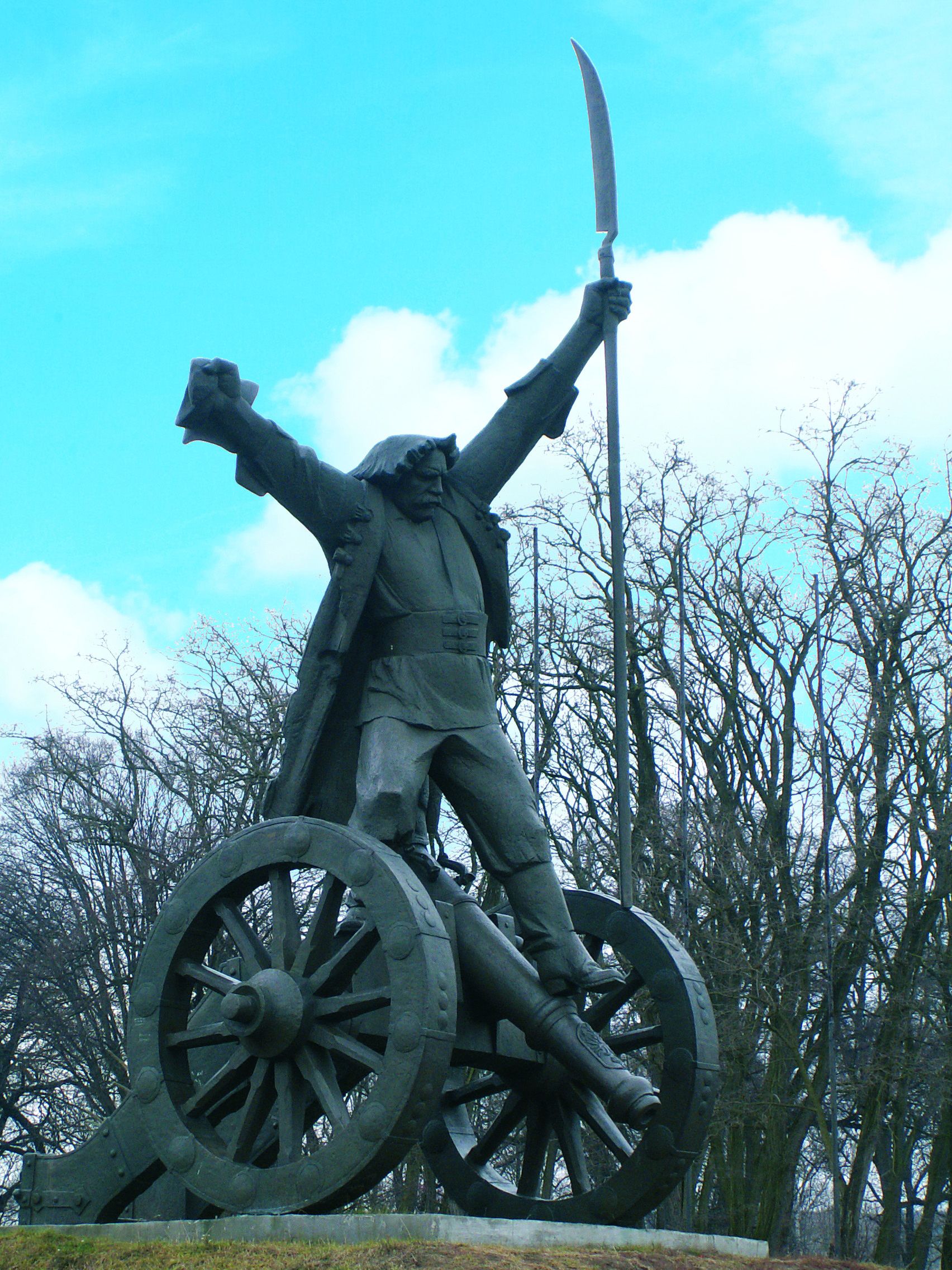 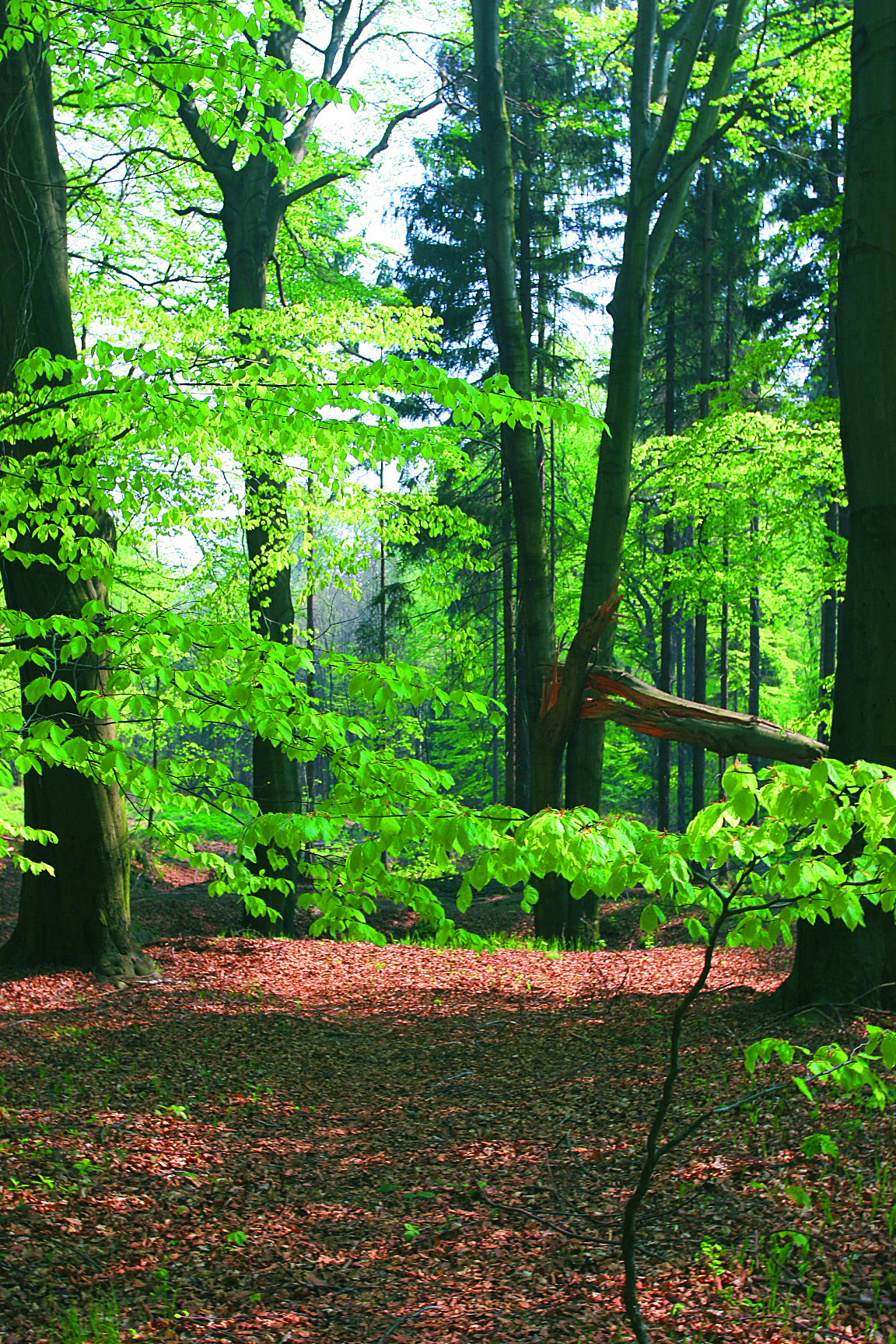 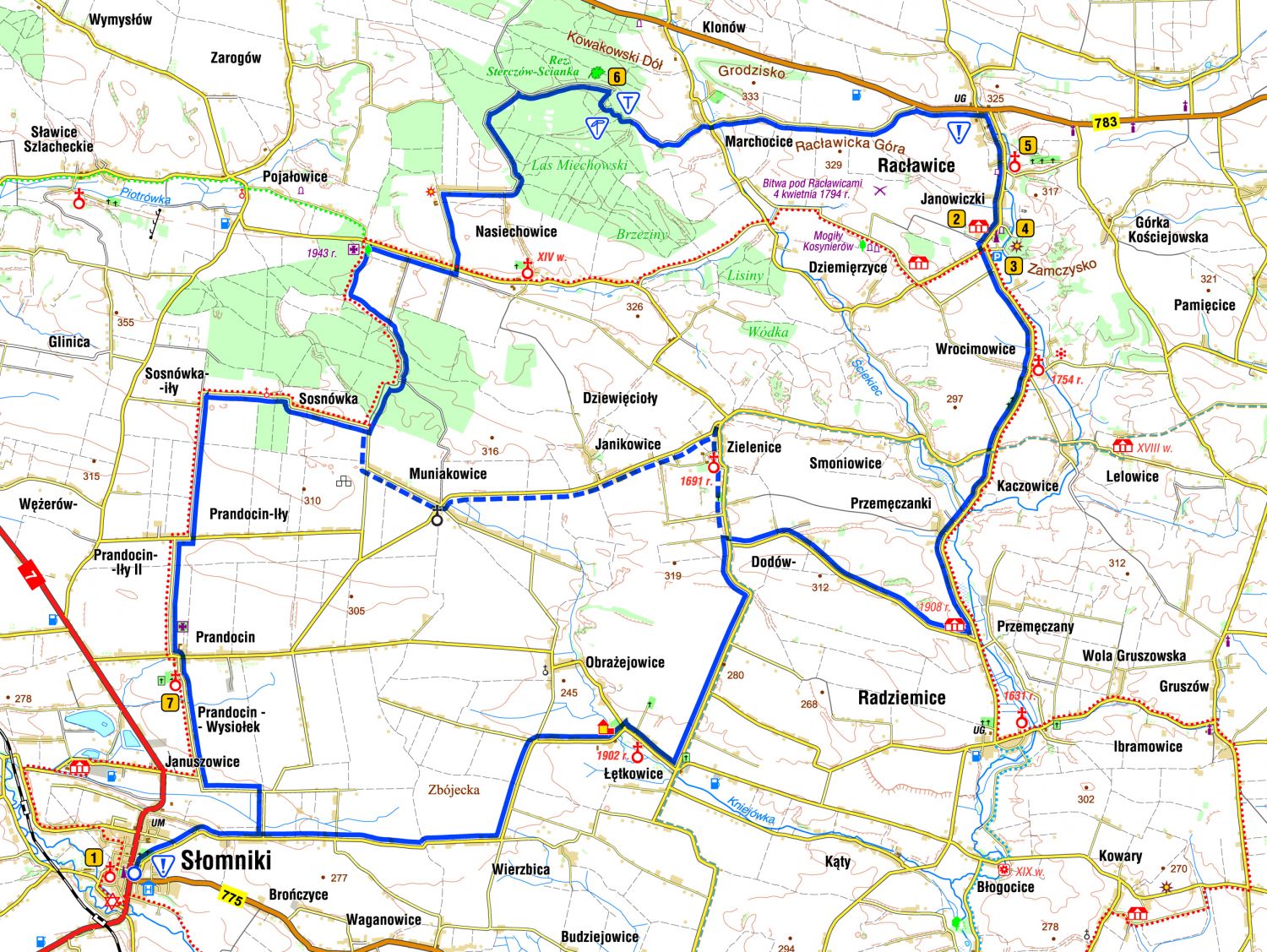