A significant part of the route of this trip will be offering a look on Lake Rożnów from the surrounding hills. Although we are in the foothills, but there are truly mountain climbs and descents. The starting point is the centre of Gródek nad Dunajcem, a charming summer resort, located by Lake Rożnów. Starting in front of the building of the commune office, we go along the main road south along the lake. At the height of the Quantum club, we follow the yellow bike trail and turn left onto the side street. After a while we turn right, then left and at the junction once again left. We cycle up a steep climb to a scenic ridge, where we turn right following the red trails. After 3.5 km, on the peak of Kobylnica Zachodnia, we turn left, and we cycle around Kobylnica, recognisable by the telecommunications tower on the top of the hill, from the south. We cycle along the red trail by the main road down to the left. We pass two wooden churches, first in Przydonica, then (after turning left) in Podole-Górowa. Then, 900 m after the church, we turn right up the hill. We enter the yellow bike trail, which first steeply climb the Majdan hill (512 m), and then goes down the forest road to Radajowice. On the main road, we turn left to Rożnów, passing the ruins of the Tarnowski Castle, the Stadnicki Manor, and a wooden church on the hill in Rożnów. From the church we turn right and cycle near the ruins of the Griffin castle we descend to the dam at the Dunajec River in Rożnów. We return to the crossroads by the church and go straight in the direction of Bartkowa. At the curve we leave the busy road, following the blue trail into a side street. We cycle around the valley by a wide curve and take a scenic downhill to the lake. At the intersection, we turn right and take road No 975 to Gródek, where we finish the trip.

1. Wooden church in Przydonica – a valuable monument of sacred wooden construction erected in 1527. The beautiful Renaissance polychromy from the end of the 16th century has been preserved to modern times. The interior equipment from the 15th and 16th century is also valuable.
2. Wooden church in Podole – built in the first half of the 16th century. The southern walls of the nave are decorated with a Renaissance polychromy, discovered in 1959. Fragments of an older Gothic patron polychromy have been preserved on the windowsill boards.
3. Bastion and defensive walls in Rożnów – part of the unfinished modern bastion castle, which Jan Tarnowski intended to build in 1568. This construction was never completed and in the 18th century it was destroyed.
4. The Stadnicki family Manor in Rożnów – a classicistic manor from the 19th century with a spacious porch and columns. Currently a private property.
5. Wooden church in Rożnów – built in 1661, it was given the name of St Adalbert, because according to legend, this is where the saint stopped to rest. The temple has been renewed many times, including major renovation in 1904. Renaissance paintings have been preserved on the ceiling of the choir. In one of the side altars there is a famous painting of Our Lady of Sorrows.
6. Ruins of the castle in Rożnów – remains of a former stronghold from the 14th century, located on the trade route running along the Dunajec river. At the beginning of the 15th century, the castle became the property of the Rożen family, who significantly expanded it, giving it the character of a residence. In the 17th century, abandoned by the then owners, it fell into ruin.
7. The dam on the Dunajec River in Rożnów – built by the Germans in the early 1940s, the dam is a concrete structure, 550 m long, 33 m high, and its width in the crown is 9 m. A four-turbine pumped storage power plant was built into the dam. Above this facility, there is a 18–20 km long tank with a width of about 1 km, called Lake Rożnów. On its shores there are numerous holiday and summer camp centres as well as private summer houses. 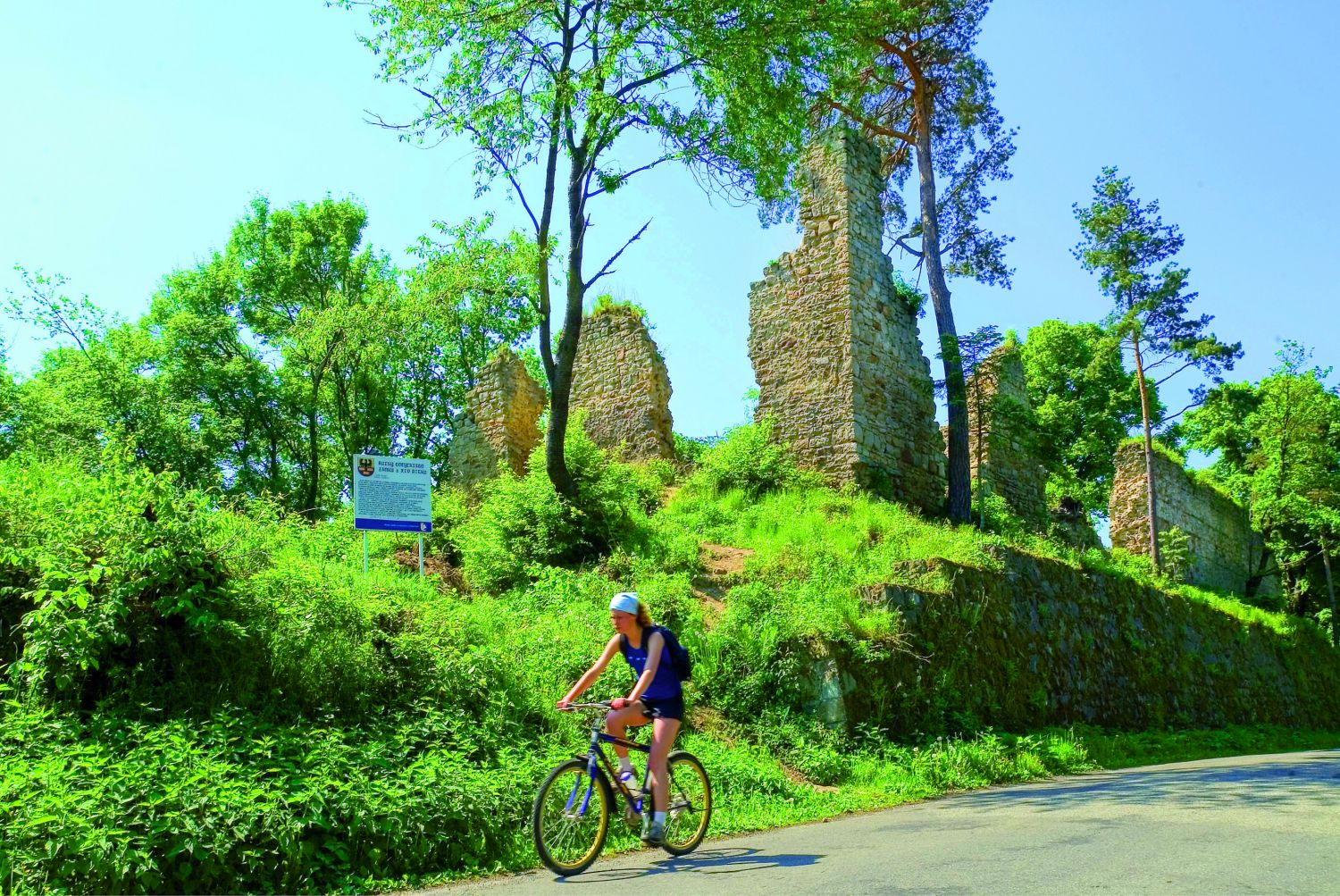 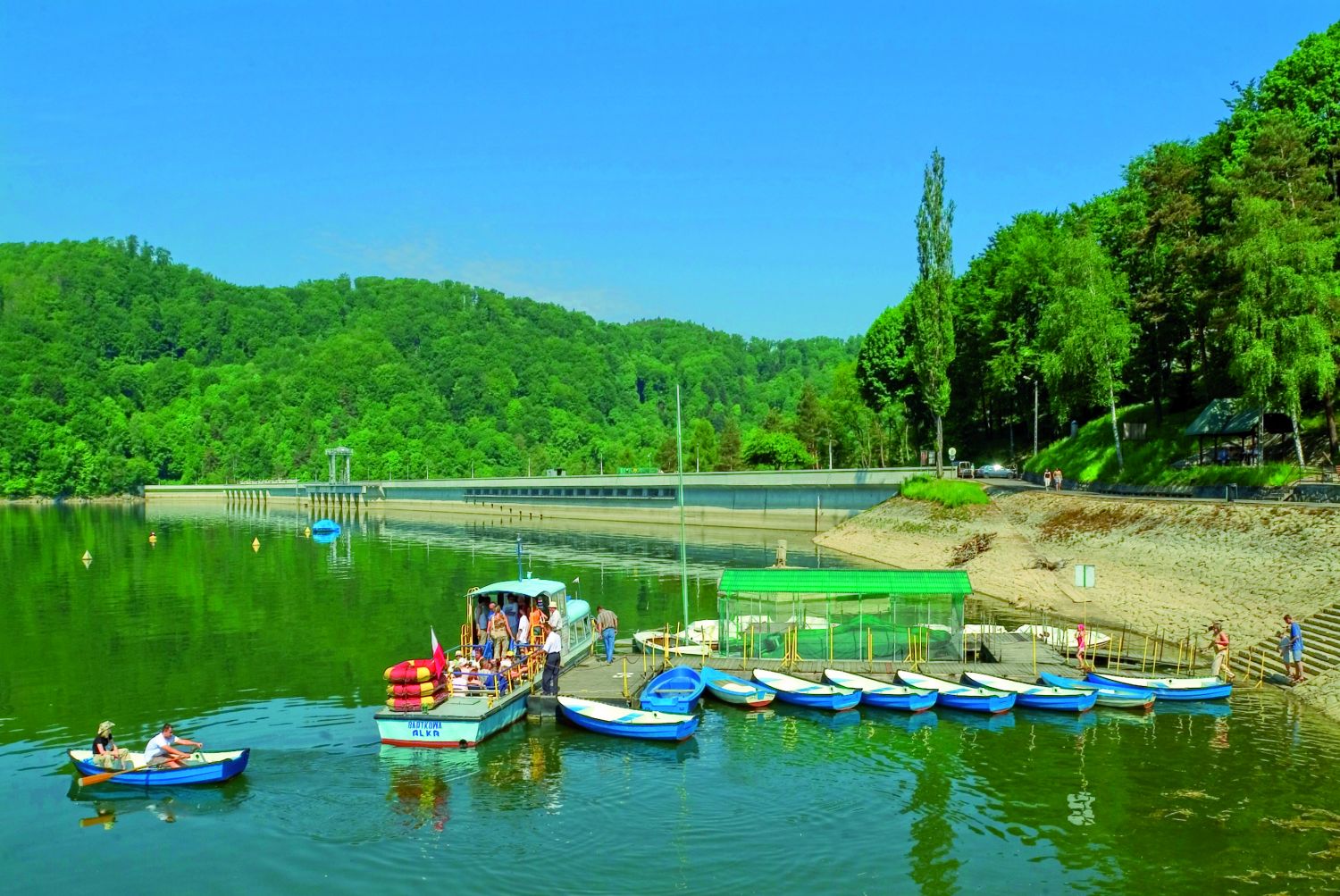 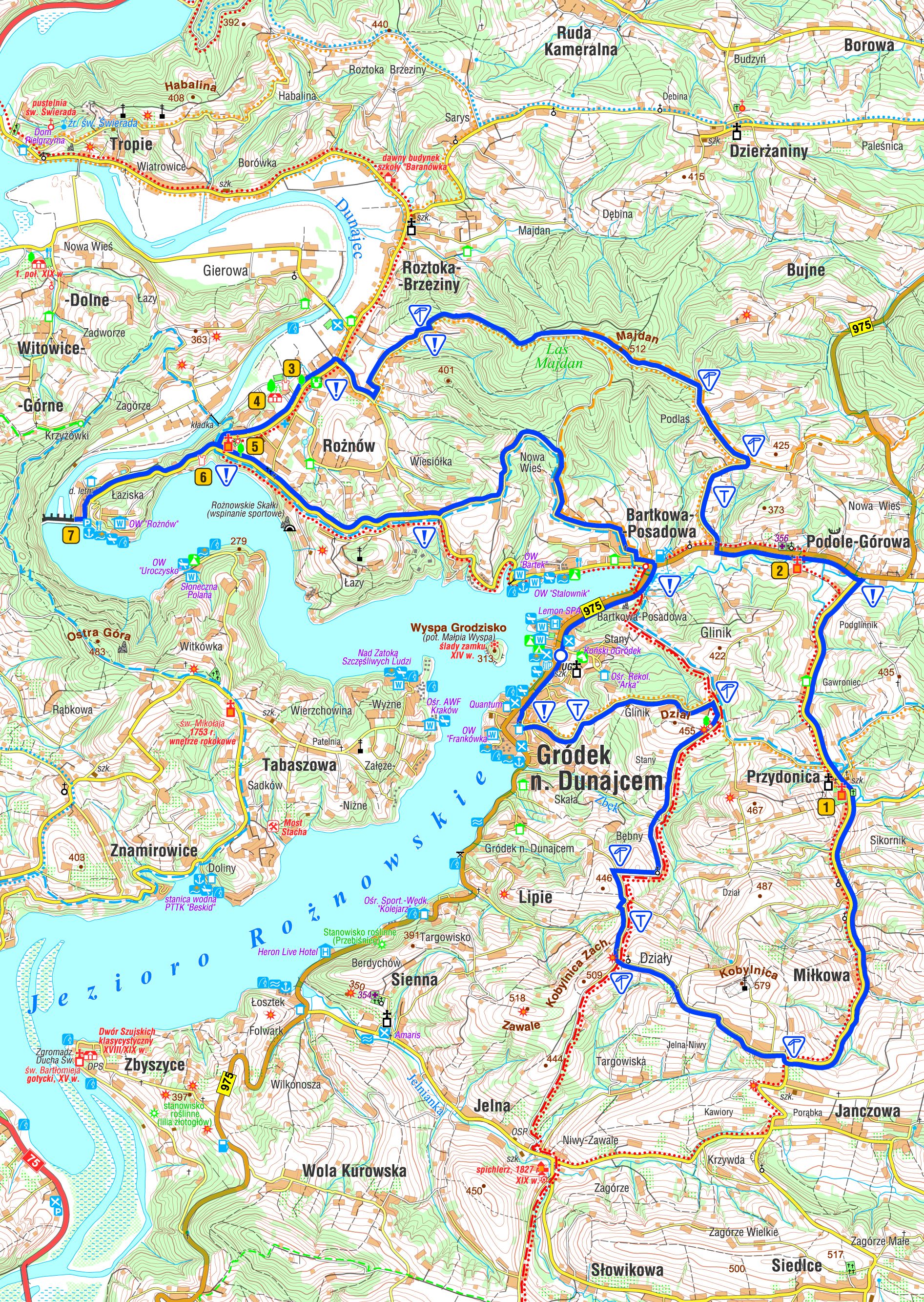