Route 30: Through the Brzanka mountain range

The route mostly leads along asphalt roads, but next to very easy sections we will also find difficult parts – descends on stony roads and climbs. The trip begins in the car park at the market square in Ryglice. We go along the blue hiking trail towards the church, after which we turn right and start a few-kilometre climb. At the intersection with the main road we go left, after a while we pass the peak with a cross and a chapel. Having entered the forest, we leave the blue trail (which turns left) and laboriously climb to Wielka Góra. We leave the forest and descend to Żurowa by a scenic slope. At the intersection of local roads, we turn left for a moment and reach a wooden church with a stone belfry. We return to the main road, which we cross straight ahead and, crossing the scenic ridge, we descend to Olszyny, where we pass by a historic church. If we would like to shorten the route, we can turn right at the intersection. The next kilometres are full of cycling in slightly wavy terrain. Approaching Rzepiennik Biskupi, we will see from a distance a 16th-century wooden church. We exit to the provincial road No 980 and turn right to go towards Rzepiennik Strzyżewski. After the church we turn onto the blue bike trail and go towards the wooden church in Jodłówka Tuchowska. Having left the main road, we turn right and after about 2 km to the left (yellow bike trail). We start climbing the Brzanka Mountain Range, where we can go to the Bacówka Brzanka hostel or to the top of a lookout tower. We go down along the green bike trail through Burzyn to Tuchów, where it is worth visiting the town hall, the Baroque church and the Sanctuary of the Virgin Mary of Tuchów, located a bit to the north. We return through Kielanowice, Bistuszowa and Uniszowa to Ryglice along the main road in the winding valleys of Biała and Szwedka Rivers.

1. The church in Ryglice – built of bricks in 1928–40. The equipment includes rococo main altar from the second half of the 18th century, a Renaissance stone baptismal font from 1554 and a rococo pulpit from the second half of the 18th century.
2. The church in Żurowa – wooden, log structure, built in 1595–1602. In the interior, among others, some late Gothic sculptures of Our Lady of Sorrows and St John the Evangelist from around 1520–30. In the southern porch, an early Gothic crucifix from the second half of the 14th century. A late Gothic crucifix from around 1520–30 in the western porch.
3. The wooden church in Olszyny – built in 1900, has an interesting stone belfry.
4. The wooden church in Rzepiennik Biskupi – the beautiful temple towering over the surrounding area is a one-nave building of log structure from 1500. Inside, we can find late Gothic triptych and portals in the form of a donkey's back.
5. The church in Rzepiennik Strzyżewski – built in 1946. Inside, there are high-class paintings, including works of Jacek Malczewski and Vlastimil Hoffman and the polychromy made under the direction of Felicja Curyło from Zalipie. In the nearby presbytery there is a branch of the Diocesan Museum.
6. The church in Jodłówka Tuchowska – wooden, erected in 1871. Log structure, boarded with oblique boards.
7. Bacówka "Brzanka" – is the only year-round tourist hostel in the Carpathian Foothills located at an altitude of 506 m a.s.l. Next to the hostel, there is an observation tower.
8. Sanctuary of the Blessed Virgin Mary of Tuchów – consists of a monumental church and monastery complex, built in the 1680s in Baroque style. Initially, the building belonged to the Benedictines from Tyniec, but since the end of the 19th century it has been owned by Redemptorists. In the main altar of the church there is a wonderful painting of the Mother of God of Tuchów. The painting was painted in the first half of the 16th century with tempera on a linden board and shows Mary with the Child on her left hand, holding a rose in her right hand. Currently, the Tuchów sanctuary is one of the most important centres of the pilgrimage movement in the Małopolska Region. There is a missionary museum next to the sanctuary, where we can admire the famous movable Christmas crib. 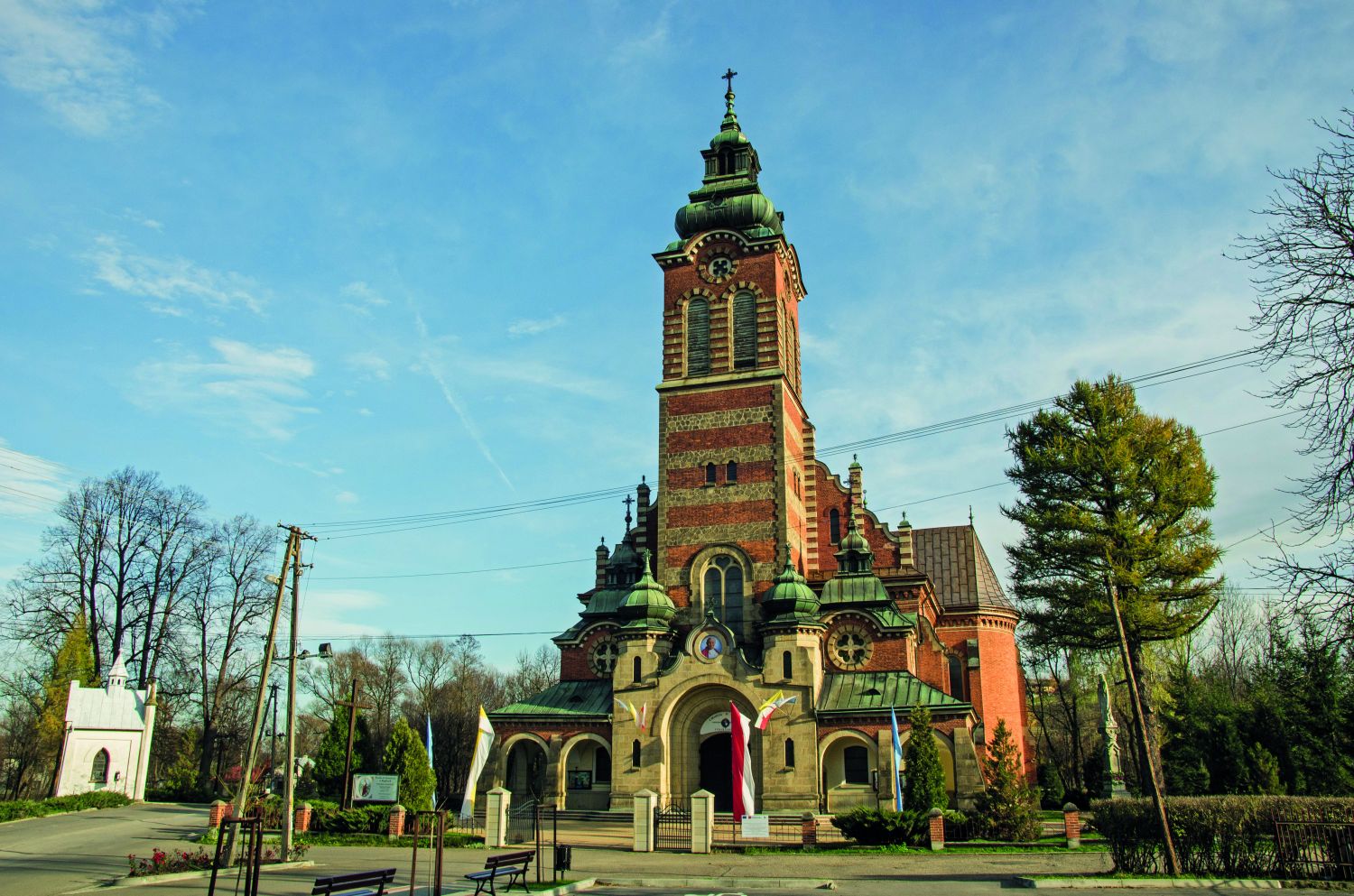 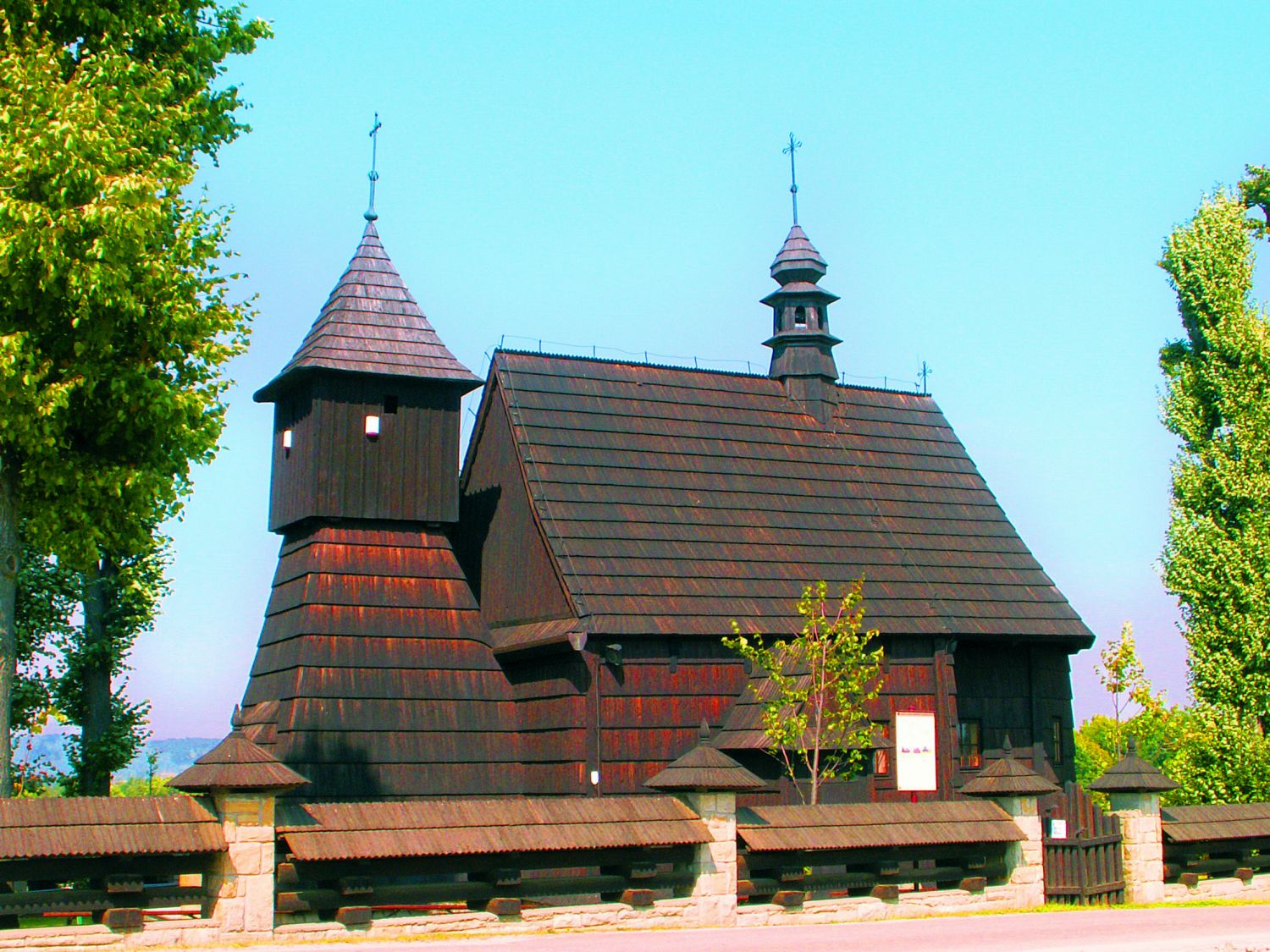 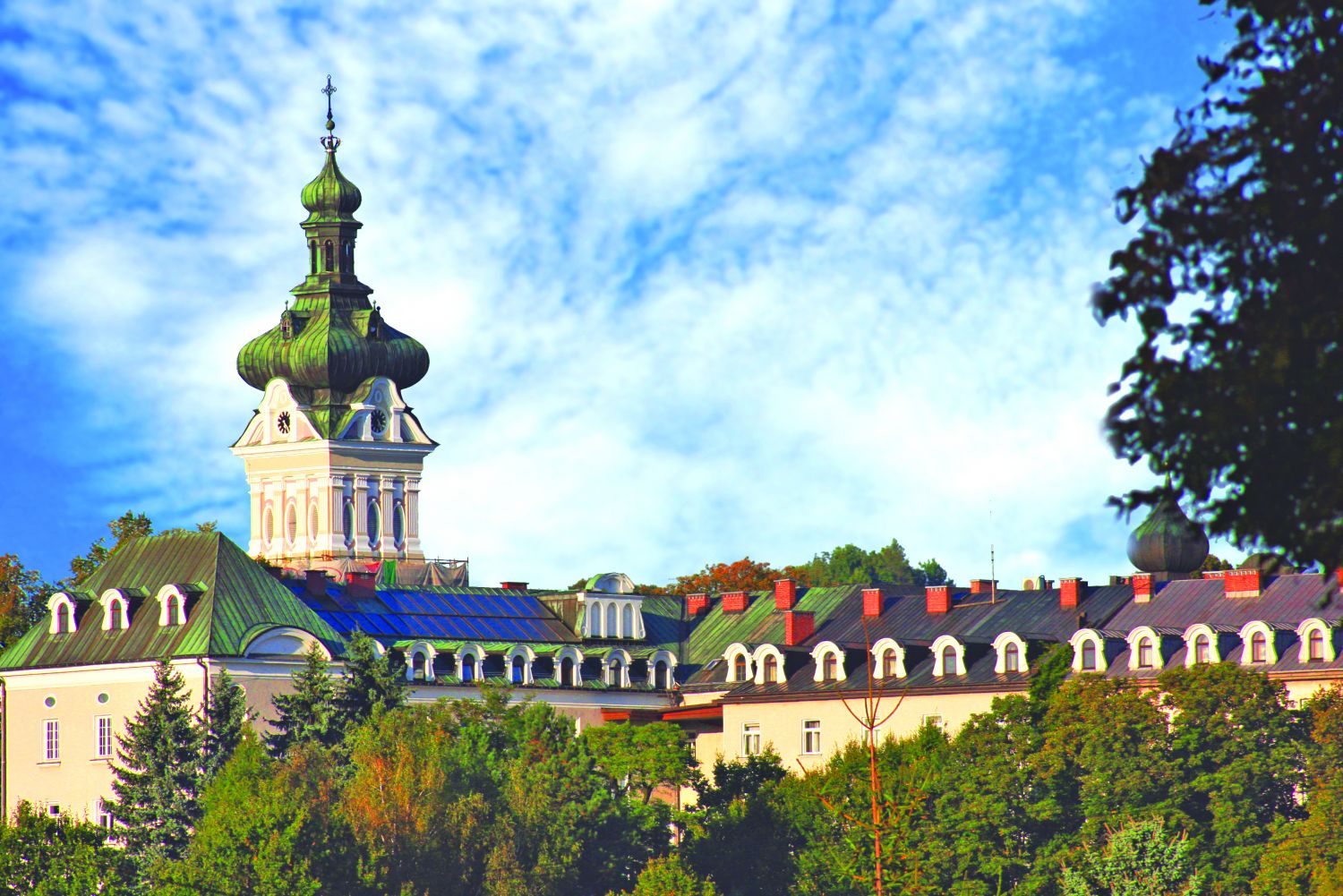 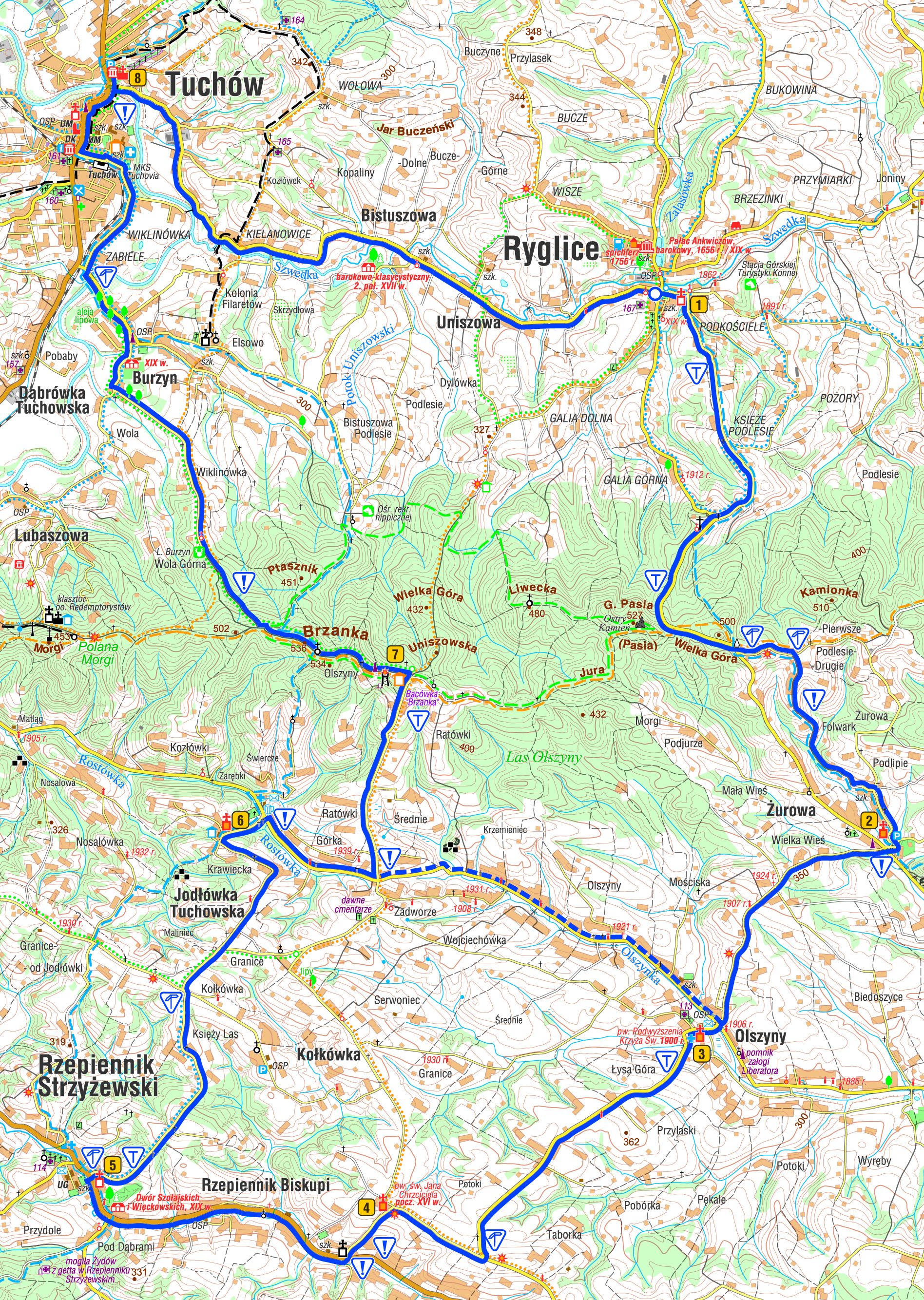