Route 26: In the search of roadside chapels

The route is very easy, completely flat – ideal for a recreational trip. It leads among fields, forests and rural buildings. From the centre of Radłów, where we can visit the classicistic palace and the Gothic church, we set off on the road to Brzesko. After 2 km, in the village of Brzeźnica, we meet a blue bike trail, which will lead us to Borzęcin. Already in the forest, behind the roadside cross, we turn right onto a gravel road, and then left. We ride 2 km through the forest, then among fields and dispersed buildings. In Borzęcin we can see a historic church from the 17th century. We turn right changing the blue bike trail into green one and the Amber Trail. We ride along Uszwica, passing many roadside, historic chapels and old wooden farmsteads along the way. In Rylowa, we cross provincial road No 964 and head at Dołęga, where we can visit the classicistic manor from 1845. Staying on the trails, we return a bit, and turn left diagonally. We cycle along the buildings of Dołęga, and then through the forest, on a gravel road, heading east. At the edge of the forest, we turn right, pass a monument dedicated to the "Third Bridge" action, and 400 m further – the house of the blessed Karolina Kózka. We continue straight along the buildings of the village of Wał-Ruda. At the intersection with road No 964 we turn left and 2 km further, in Zabawa, we pass the Sanctuary of Bł. Karolina Kózka. We continue along the same road, until reaching a clear left turn, next to the border bishop pole from 1450. Here, we turn right onto the green bike trail, which will lead us back to Radłów.

1. Palace in Radłów – built in the classicistic style in 1844. In 1915, it was renovated after the damage it suffered at the beginning of the World War I. Surrounded by a large romantic park.
2. Church in Radłów – Gothic temple with Baroque and neo-Gothic elements. It was built in the 14th century, expanded in the 17th century and in the years 1918-26. The Neo-Gothic interior equipment comes from the 1920s.
3. The church in Borzęcin – eclectic, built in 1854. In the years 1912-22, the temple was thoroughly expanded.
4. Roadside shrines, statues and crosses in the vicinity of Borzęcin – perfectly inscribed in the landscape of the Powiśle Region, enchant with their extraordinary care. Most of them were built in the second half of the 19th century by Jan Adeodat Martyński – a renowned stonemason from Borzęcin.
5. Wooden manor in Dołęga – an example of a Polish noble country house from the 19th century. Built in 1845, it retained its original form with just some minor changes. During the January Uprising it was a shelter for Poles who took part in it.
6. Operation "Bridge III" – at the night from 25 to 26 of July 1944, an Allied plane landed and took off near the village of Wał-Ruda. It took from Poland to England parts of the German V-2 rocket acquired by Polish intelligence.
7. House of Bł. Karolina Kózka – reconstruction of the house in which Bł. K. Kózka spent her life. She died at the age of 16 at the hands of a Russian soldier. In the house we can see souvenirs of Bł. Karolina.
8. The Sanctuary in Zabawa – a stone church from the 1920s. Place associated with the cult of Bł. Karolina Kózka, was martyred at the age of 14 during World War I. 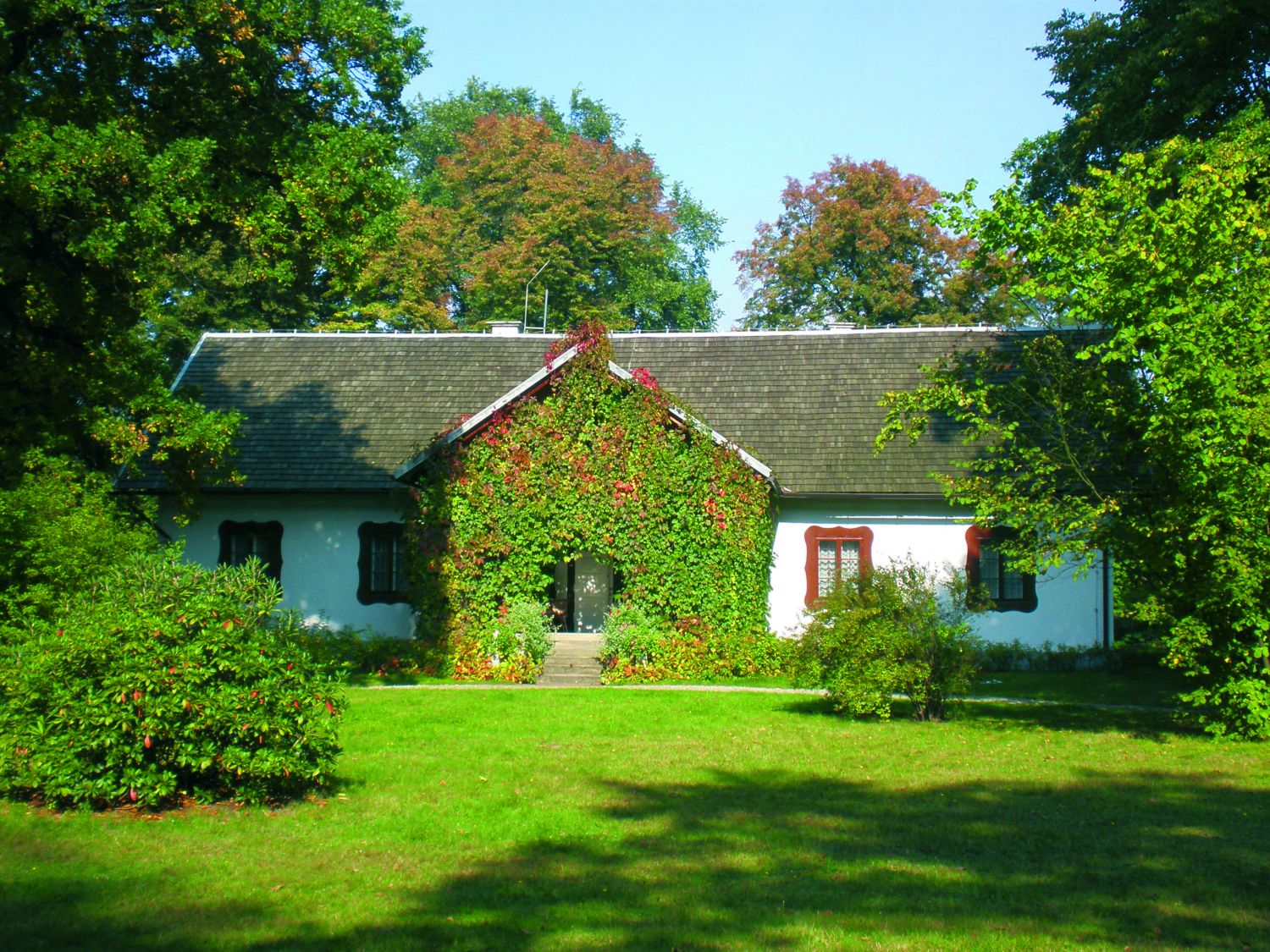 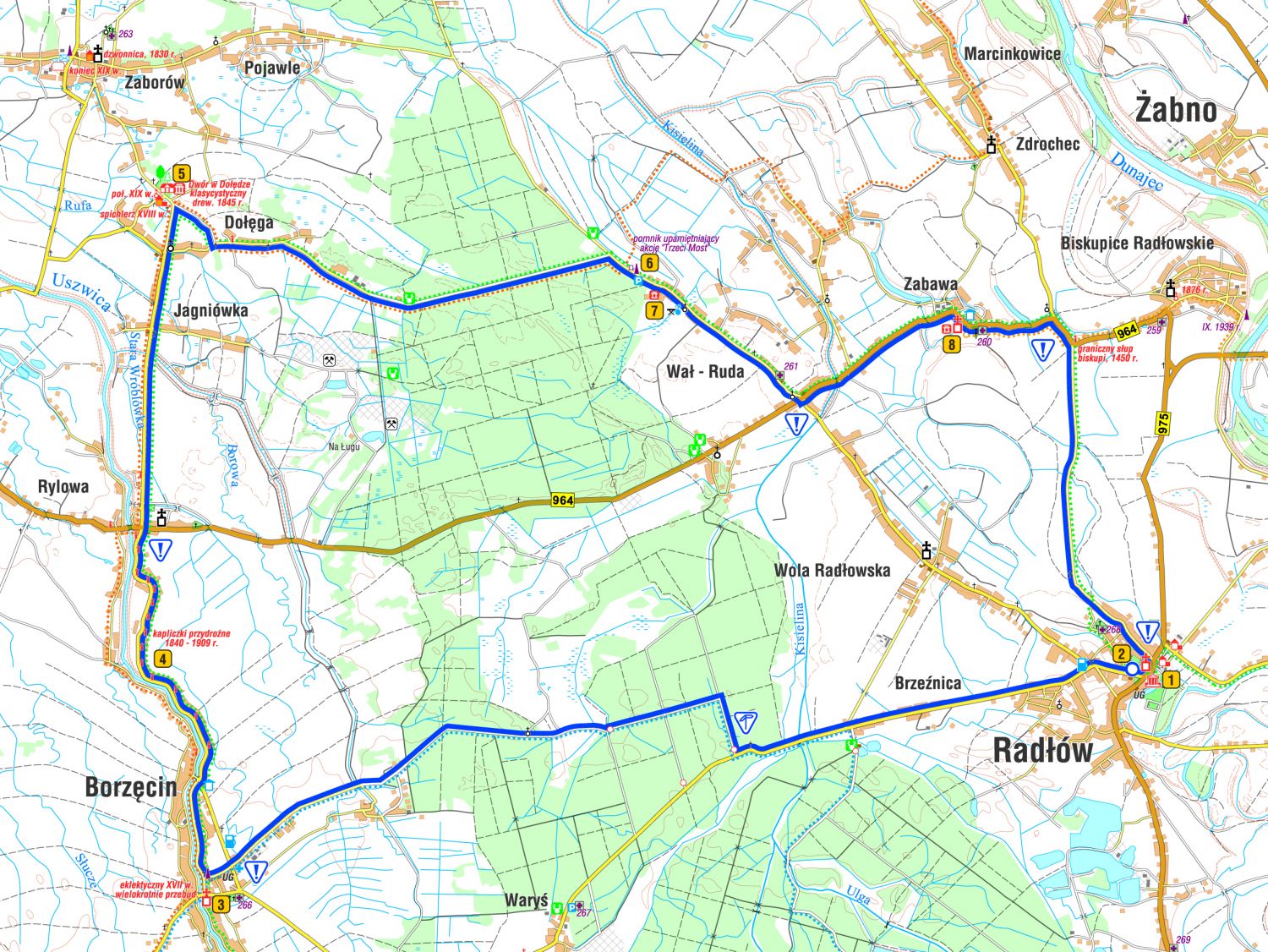