Route 20: In the Raba Valley

The route is mostly flat, with two slightly more difficult climbs. Perfect for a family trip. We set off from the centre of Gdów (1) along the main road towards Bochnia. Having passed the school, we turn left into ul. Cegielniana. We meet here the black bike trail, which we will lead us to Niegowić. We cross the beltway, pass the cemetery with the November Uprising mound (2), and behind the fish ponds we leave the asphalt road, turning right between the homesteads. Cycling on a dirt road, first to the east then to the north, we arrive at Liplas. Here we turn right and at the next intersection left – towards Niegowić. We pass the court and, after a while, we reach the church where John Paul II began his priestly service, which is commemorated by a monument (4). We turn right, then left behind the school. One kilometre further, on the curve, we leave the road cycling straight ahead. After 300 m we change the trail to red one and at the fork we choose the road going right. After the power line we turn right again, and after a while, on the asphalt road, we turn left. We then cross the road 967 and drive through Pierzchów. At the end of the village, there is a monument and mound dedicated to H. Dąbrowski (5). We turn right and follow the paths along the Raba River to reach the asphalt road where we leave the red trail. We pass Raba and, after the bridge, we continue along the blue bike trail (turning right after the bridge, we can shorten the route). We pass the manor house in Chrostowa, turn right onto asphalt path and ‘climb’ to the hamlet of Wierzchownia, from where we have a beautiful view of the Island Beskids. Sticking to the blue trail, we go first by the ridge along the forest, then down the gravel road through the forest. On the asphalt road curve, we choose the left spur and go down to Podolany. From here, following the yellow trail and after a long climb to Stryszowa, we go to the lookout point offering a beautiful panorama of the Raba Valley and a magnificent cross. We return to Gdów along the green bike trail. 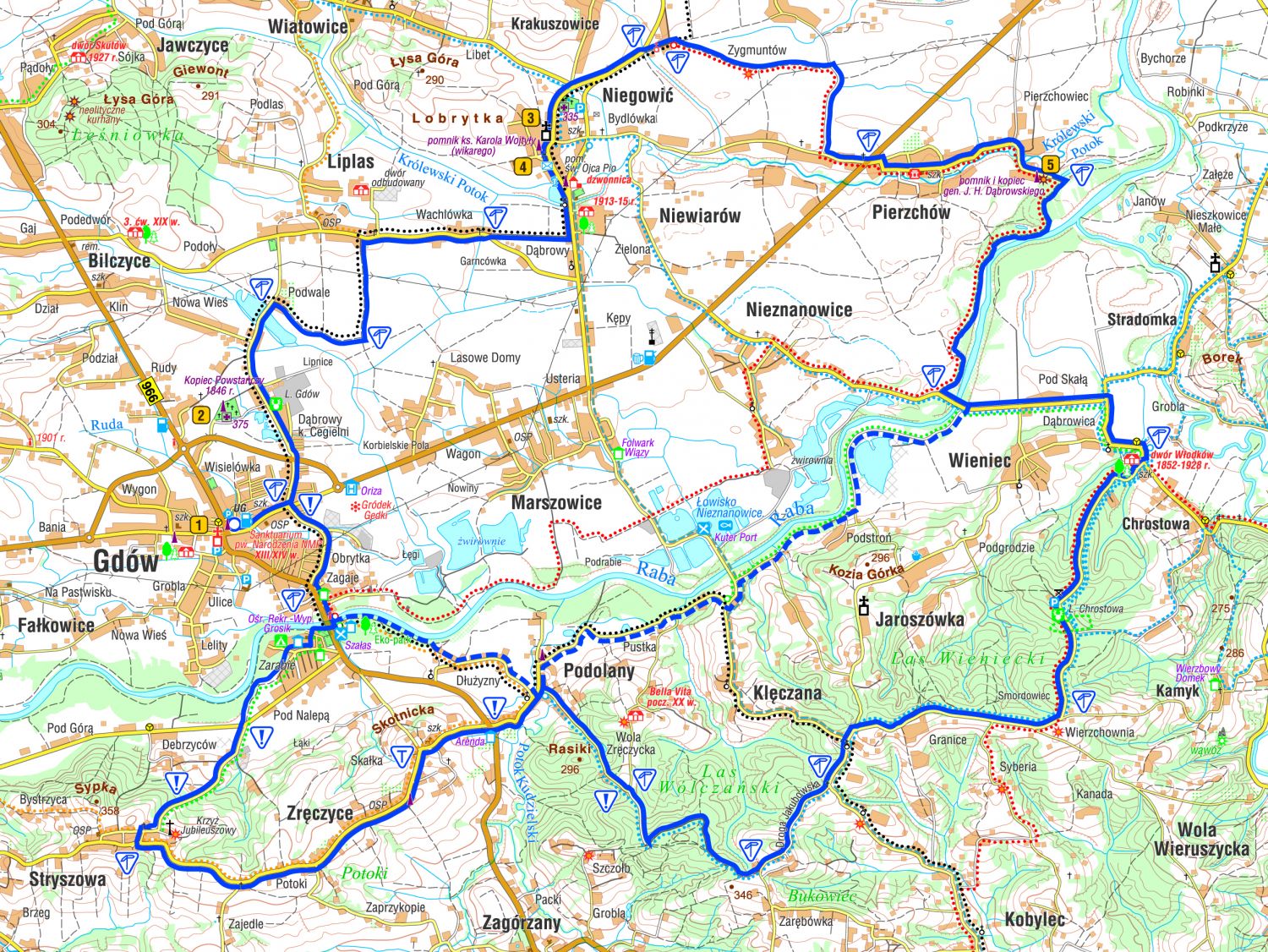 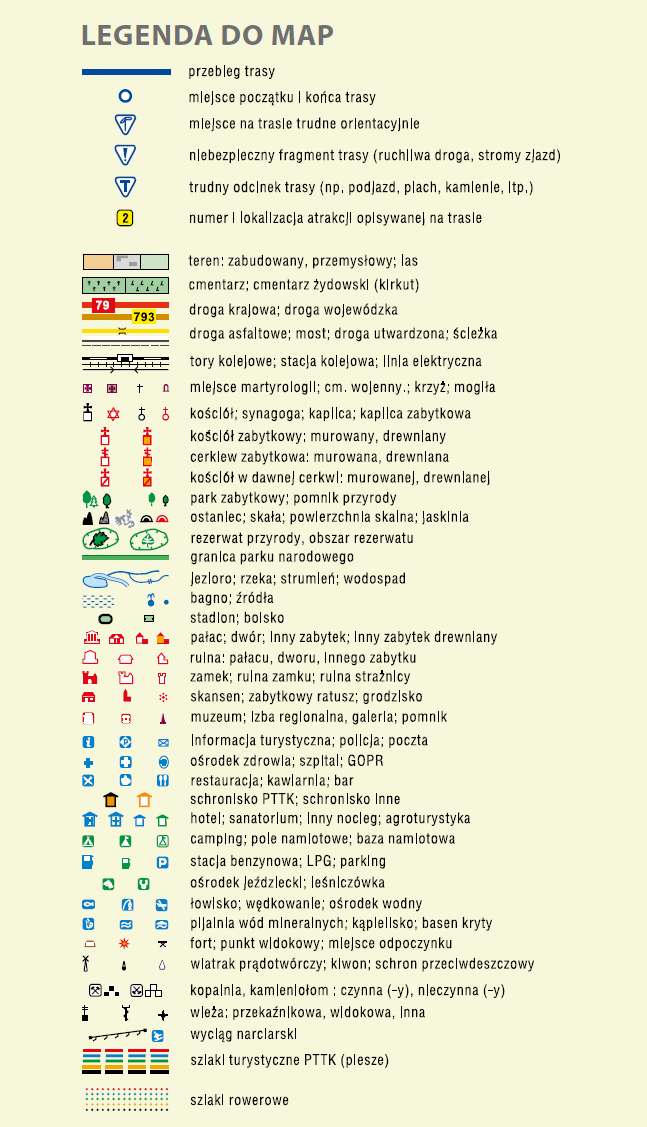