Route 1:  Through the sands of the desert

During this trip we’ll visit one of the major natural curiosities in Poland – the Błędów Desert. We’ll admire beautiful panoramas of both the southern and northern parts from the viewpoints located in Klucze and Chechło. From the roundabout in the centre of Klucze we head west by ul. Rudnicka, then we pass the Red Pond (Staw Czerwony) and the Green Pond (Staw Zielony) and we continue around the desert to the northern Czubatka and then by the western side. We leave the trail and turn left on the second asphalt road. We continue by route 791 and head south, then, after 1 km, having reached the power line, we turn left onto the side road. In Bogucin, we turn right and then left before the driveway, onto a dirt road. After reaching the main road, we turn left and then another left, this time into the side road leading to the Rabsztyn Castle (1), the picturesque ruins of which are worth visiting. The road further leads along the Jura Bicycle Trail (red). We cross the hamlet of Czarny Las and then Jaroszowiec. We turn left and then left again. In Jaroszowiec, we go right behind the sanctuary (2) and through Golczowice we reach Cieślin. In Golczowice, we can shorten our route by choosing the road to the left, leading to Klucze. In Cieślin we turn left, then a bit further, at the fork, we choose the right spur. In Rodaki, after the curve of the road, on the right is a wooden church (3) which is worth visiting. We turn back to the black trail departing to the right and we go to the village of Chechło. To see the historic church and cemetery (4), turn right in the centre. We return to the intersection and veer to the right to the blue bike trail, which will accompany us until the end of the trip. On the way, on the Dąbrówka hill, we can find the ruins of an observation bunker from World War II. This place also offers a beautiful panorama of the Błędów Desert (5), and the further route leads along a sandy road to the borders of Klucze. 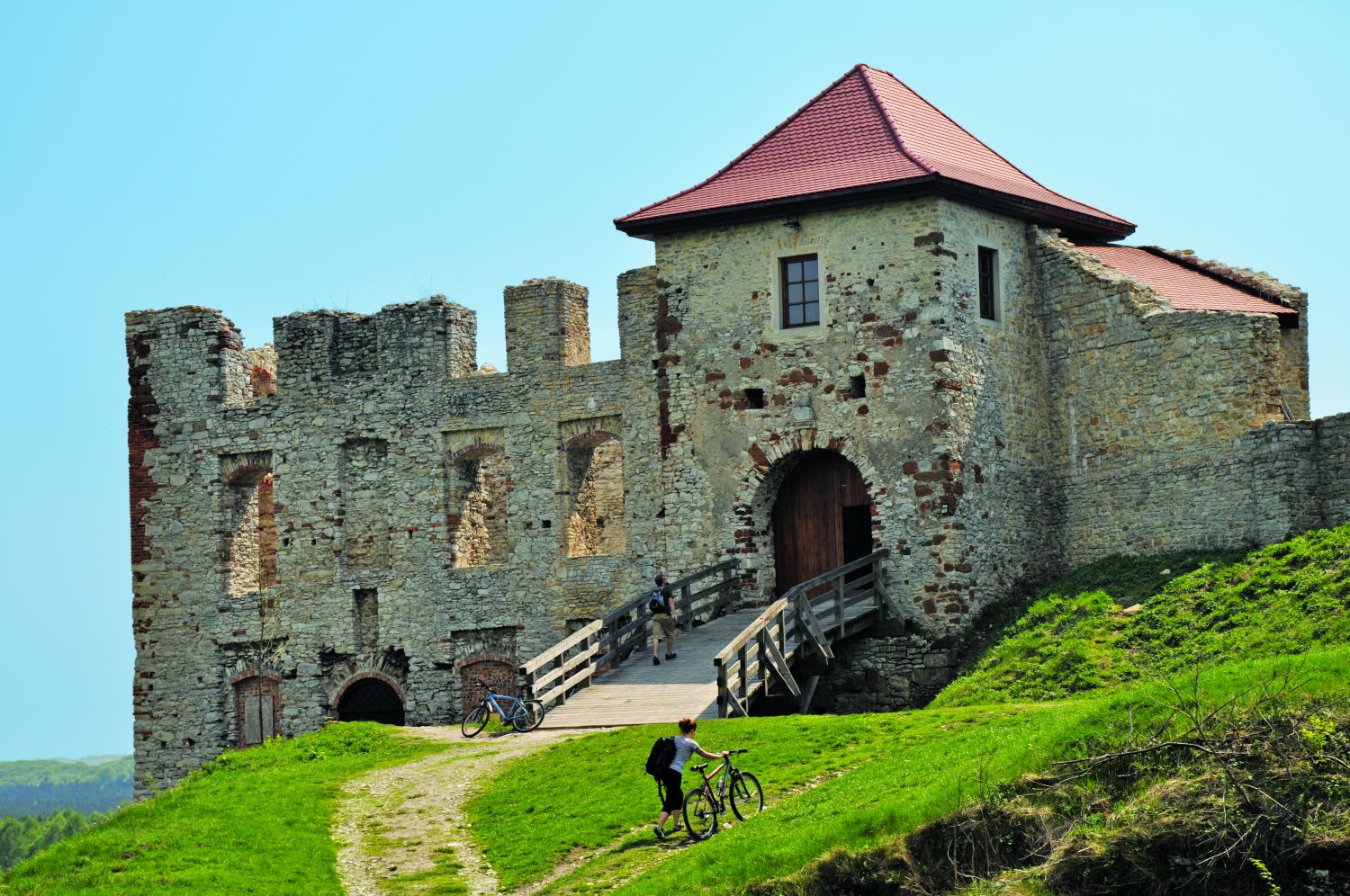 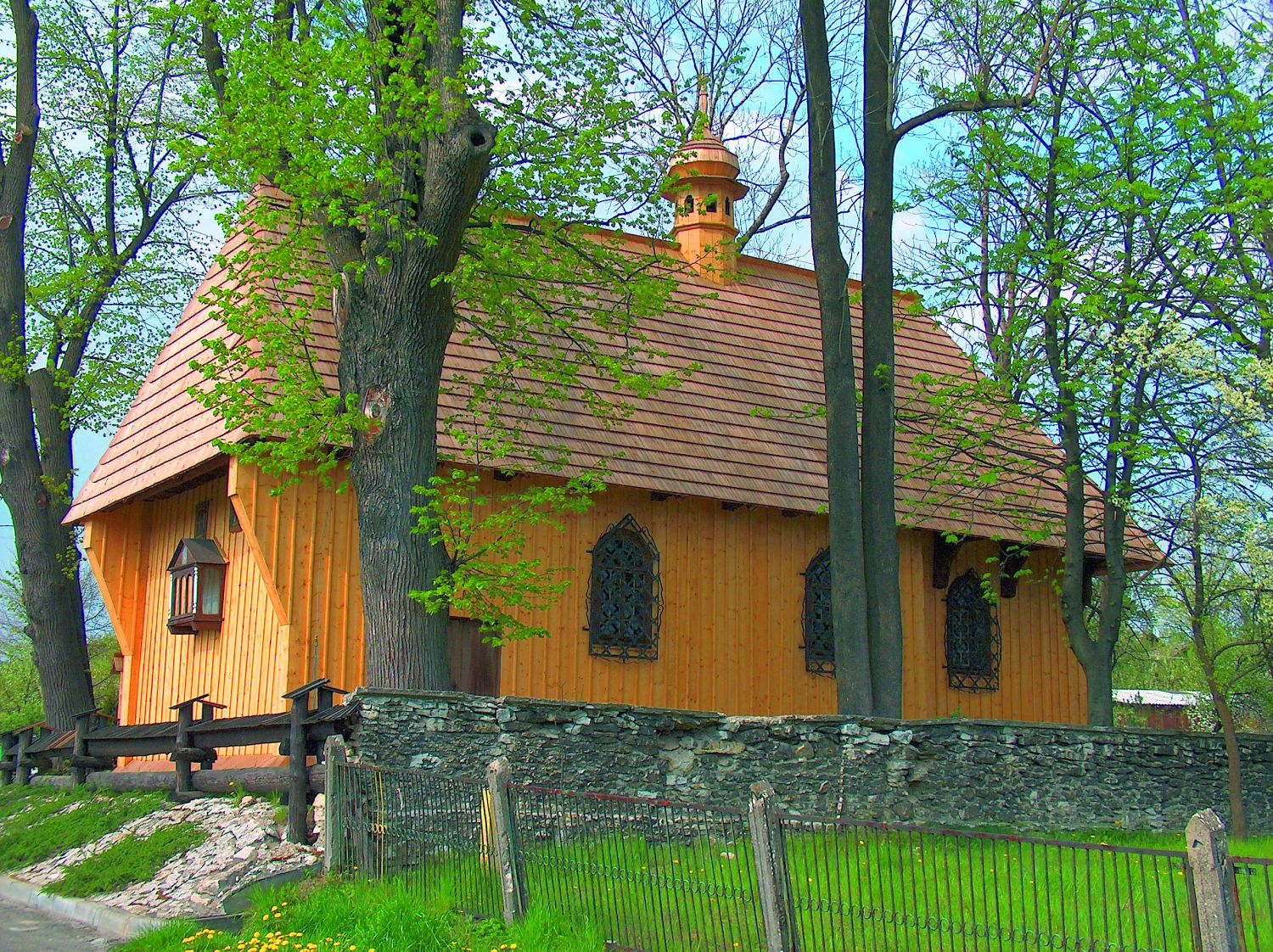 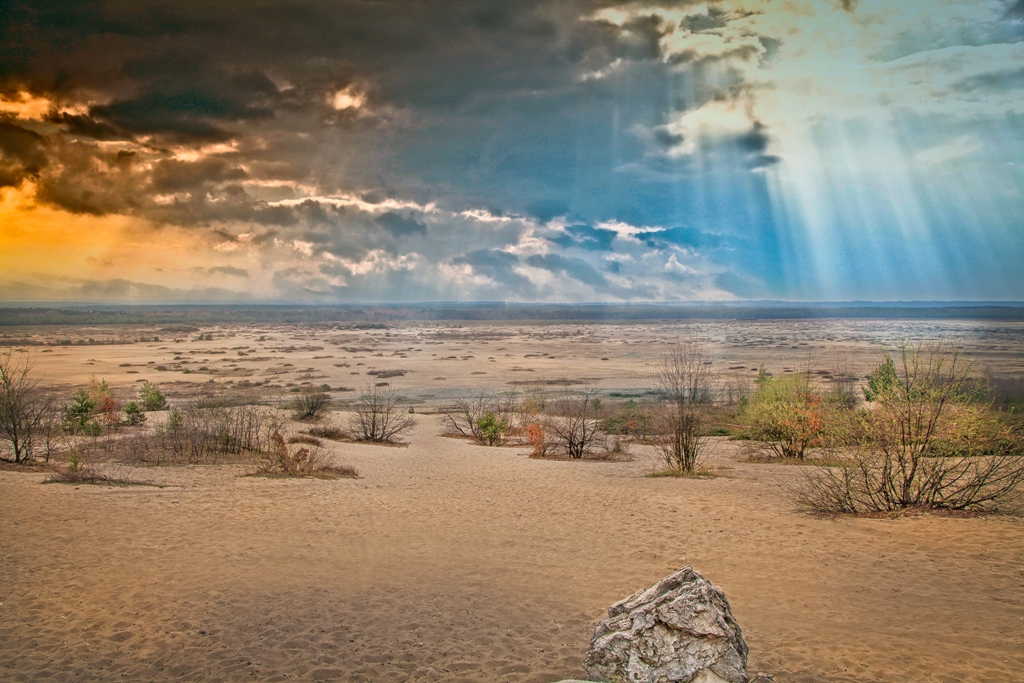 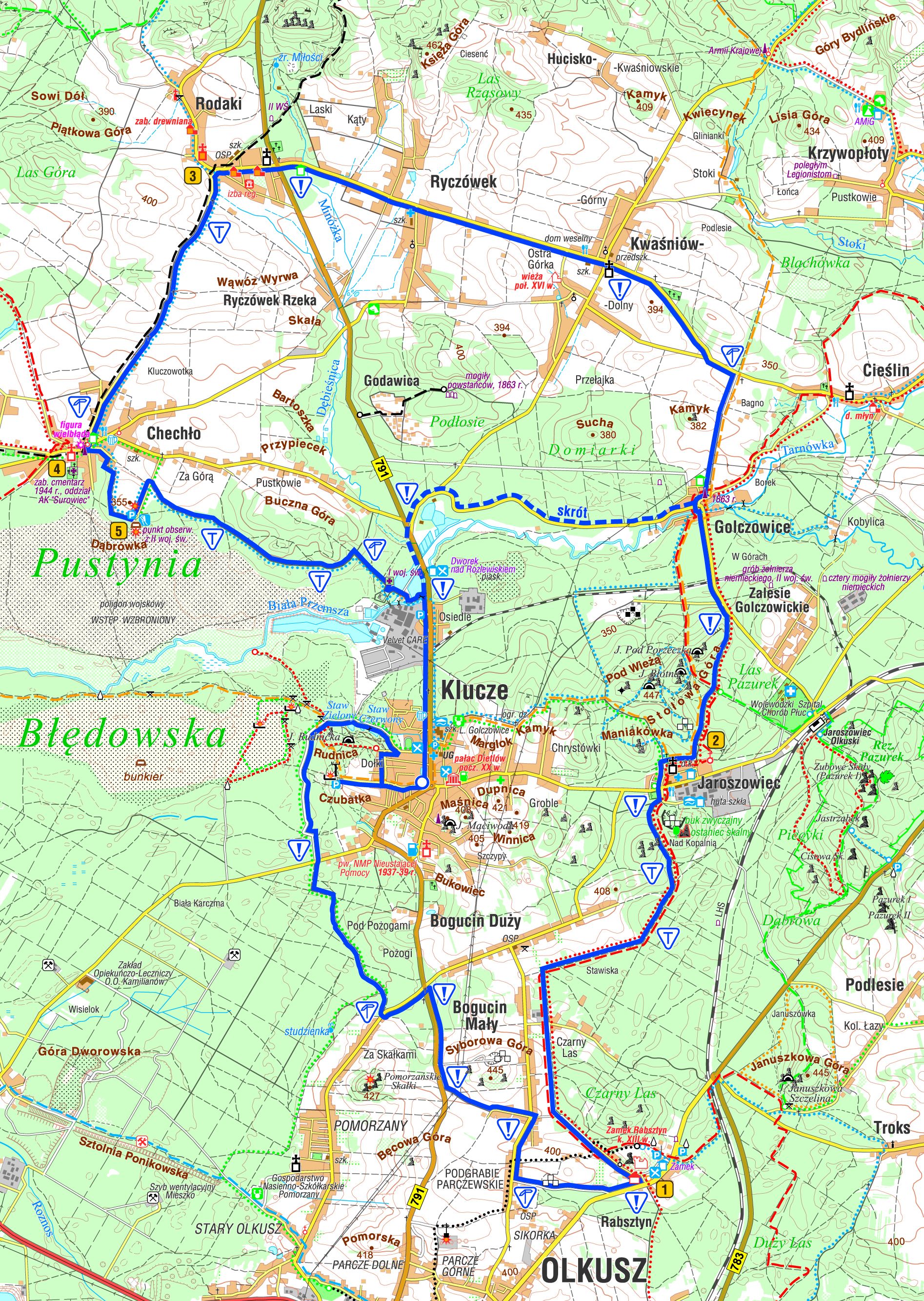