Route 3: Through the fields, meadows and a forest reserve

It is a fairly easy route, without demanding climbs, and the only difficulty lies in its length. We start at the market square in Miechów, where it is worth seeing the Basilica of the Holy Sepulchre and the wooden manor house "Zacisze". We take road No 783 towards Racławice and, after about 5 km, we turn left to head Kalina Wielka. In Kalina Wielka, there is a manor and, a bit further to the right, a historic church. We take the main road next to the fire station and go towards Giebułtów. We turn left and after 2 km we turn off the asphalt road to the right, next to a roadside cross, and ride on the gravel road through the meadows to Częstoszowice. We pass by the picturesque ponds and turn left to Książ Wielki. We recommend to visit here the impressive Mirów Castle (there are plenty of signposts that will guide us there) and the church with a wooden belfry in the centre of the town. We carefully cross the national road No 7 and a little further, alongside streets, we go left to the road heading at Mianocice, from where we can see the Haller family palace. Following the map, we go through Rzędowice and then Przybysławice, passing numerous intersections. At the end of the village, right in front of the church, at the bifurcation we choose the right arm (although turning left at the earlier intersection, we can shorten the route a bit – cycling through Podleśna Wola). A little farther we cross the intersection and continue on a gravel road through a small culvert under the tracks to the other side. For about 1 km we cycle along the tracks, then turn left and go west along the edge of the forest. After getting to a small ridge, we turn left and go deeper into the forest. We shall then reach an asphalt road, passing by the "Biała Góra" reserve on the right. We turn left and then right – before the railway crossing in Tunel. We ride about 2 km through the forest and turn left after crossing the tracks. In Pstroszyce, we pass under the railway viaduct and turn right. Before finishing the trip in Miechów, it is worth stopping at Siedliska to see the local wooden church.

1. The Basilica in Miechów – the rich history of the city – dating back to the 12th century – is strongly related to the Order of the Holy Sepulchre, which used to have its headquarters in Miechów for almost seven centuries. Its members, invited to Poland in 1163, built and consecrated the church and monastery buildings in 1170. A replica of the Holy Sepulchre in Jerusalem played a significant role, becoming a place of worship for numerous pilgrims. The unique religious building with preserved Roman elements, rebuilt after the fires in the 18th century, with a rich rococo interior and a late Baroque presbytery, is still the pride of the city.
2. "Zacisze" Manor in Miechów – a classic example of the construction of the second half of the 18th century. The walls have a log structure, and the one-story building is crowned with a Polish mansard roof made of shingles. The date engraved on the beam points at 1784. The whole structure of the manor was made of larch wood.
3. The church in Kalina Wielka – built in pseudo-Gothic style in the years 1903–1908. In the main altar there is a picture of Our Lady of Kalina famous for its favours.
4. "Mirów Castle" in Książ Wielki – this late-Renaissance castle was erected in 1585-99 as the residence of Piotr Myszkowski, the bishop of Kraków. Rebuilt in late Baroque and neo-Gothic style, it rises among a beautiful park founded at the end of the 16th century. On both sides of the palace, there are two pavilions of the same age with front wide porticos, originally housing a chapel and a library. At the foot of the castle hill there are fish ponds covering the area of about 80 ha.
5. St Adalbert church in Książ Wielki – built in the Gothic style in 1325. Rebuilt in the 17th and 18th century, it now has Renaissance and Baroque furnishings. In the main altar from 1682 there is a picture of the Our Mother of Consolation from the 16th century, famous for miracles.
6. Haller family Palace in Mianocice – built in the 18th century, it was furtherly expanded in the next centenary. Currently it is the seat of a local Social Care Centre with a historic park surrounding it.
7. Tunel railway station – under the "Biała Góra" hill, in 1882–85 a double-outlet, longest railway tunnel in Poland with a length of 810 m was dug through.
8. Church in Siedliska – erected by the Brotherhood of the Holy Sepulchre at the turn of 15th and 16th century especially for Good Friday processions. 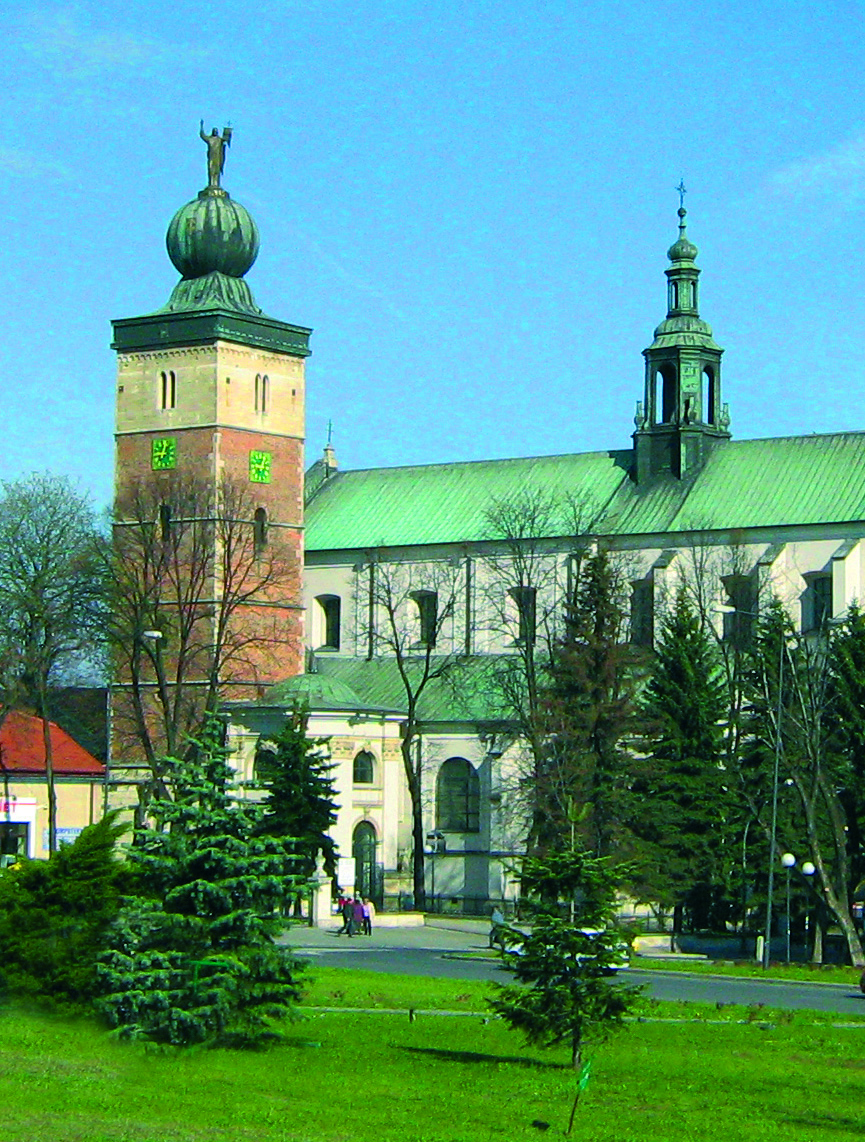 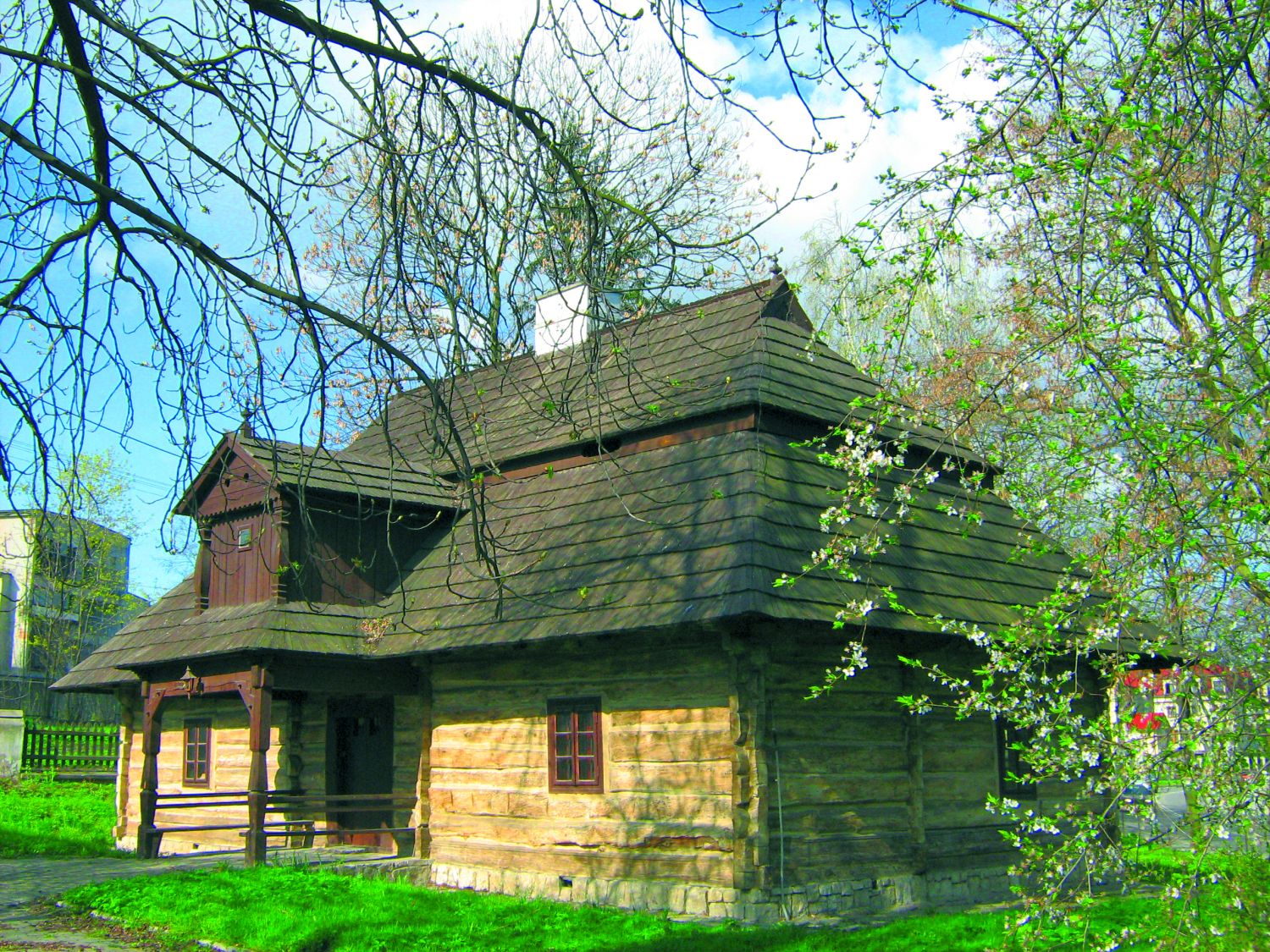 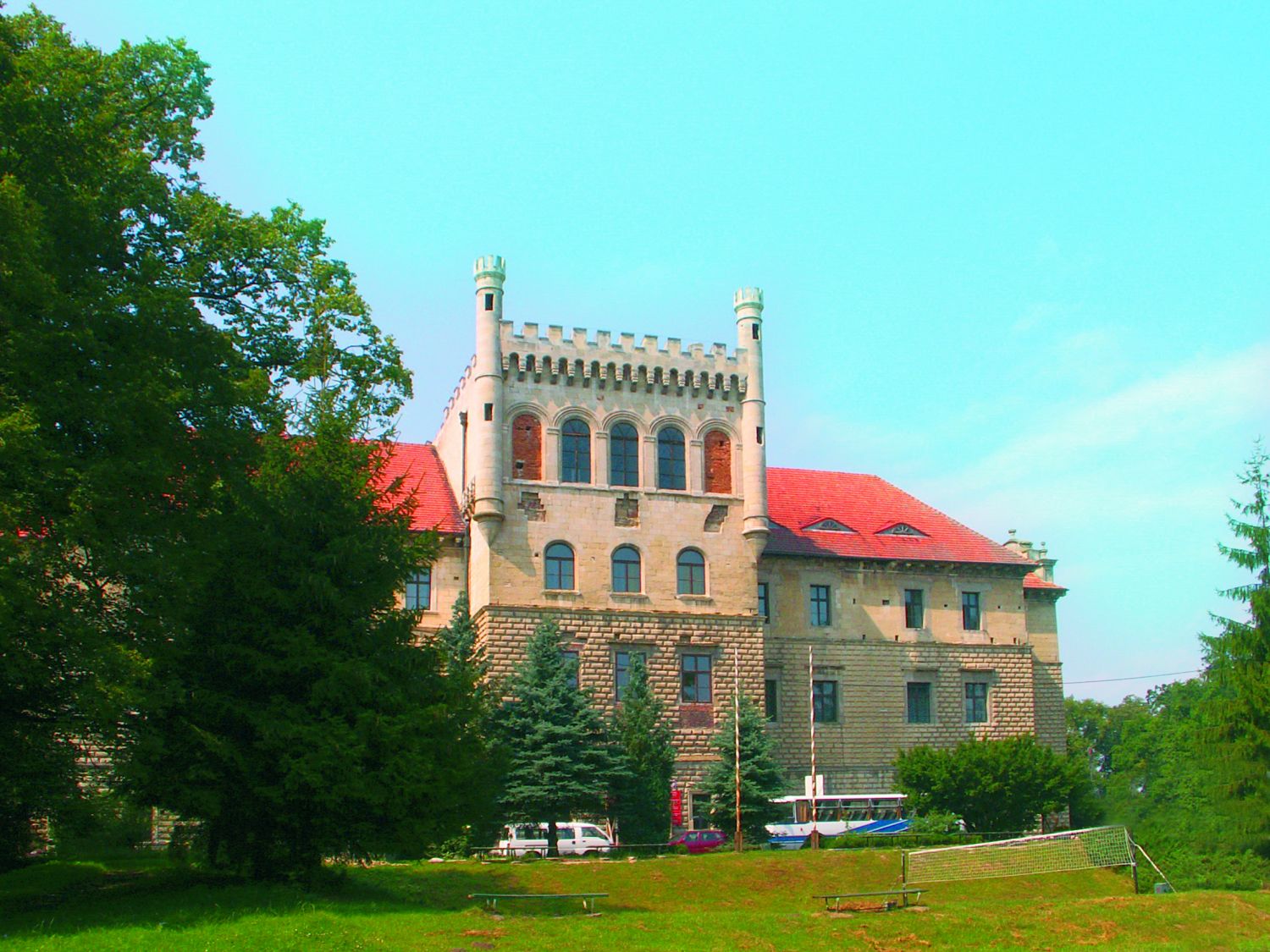 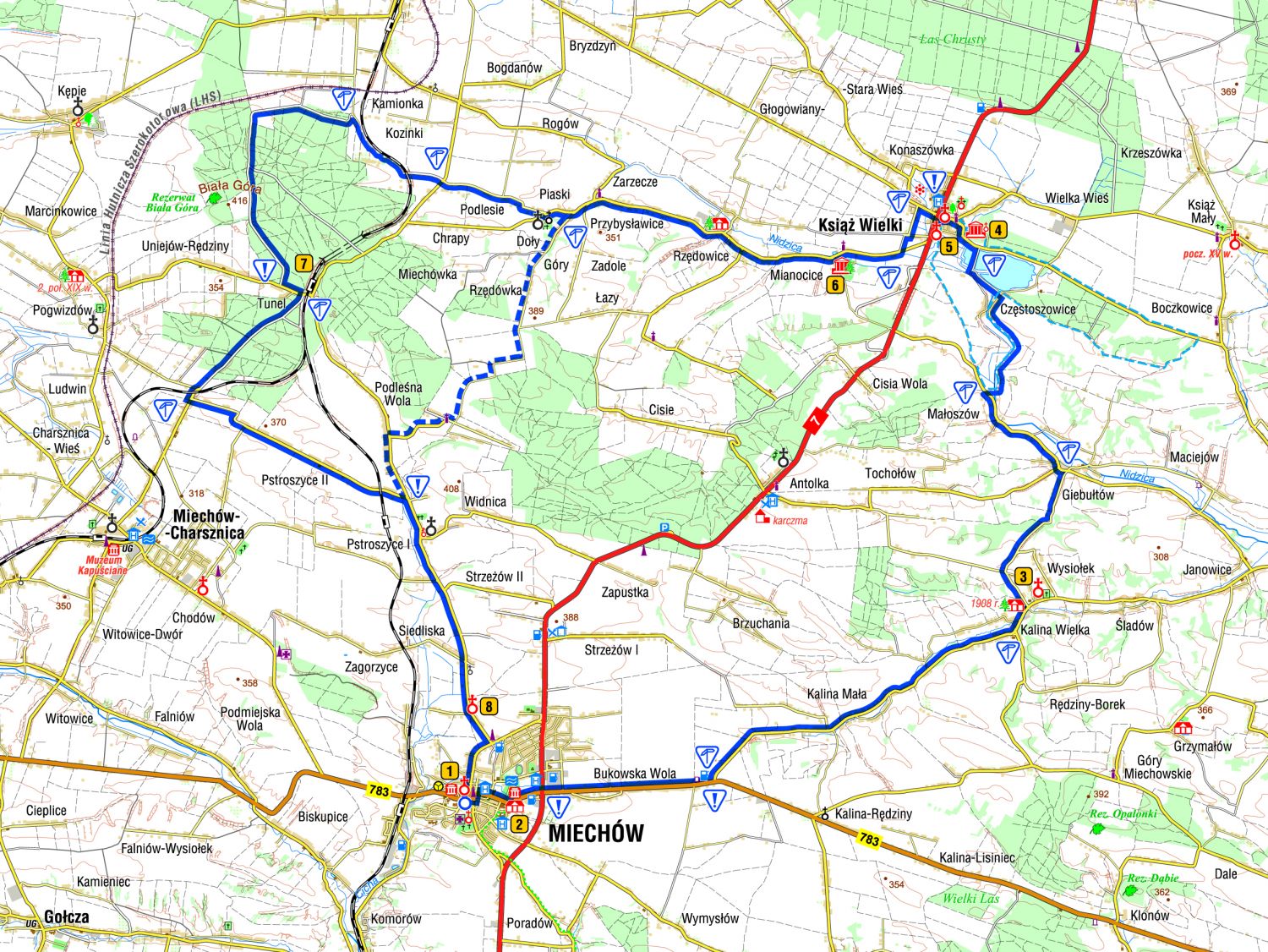